'Fresh Prince of Bel-Air' cast reunites in one pic 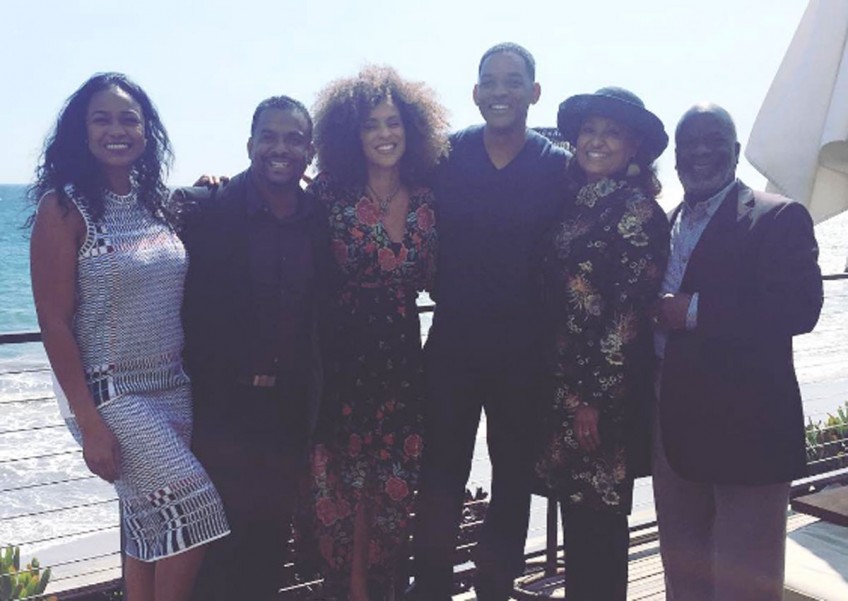 The cast of the '90s sitcom "The Fresh Prince of Bel-Air" reunited on Monday for a catch-up.

In his Instagram page, actor Alfonso Ribeiro shared a snap of him posing with former co-stars Will Smith, Tatyana Ali, Karyn Parsons, Daphne Maxwell Reid and Joseph Marcell. "Always amazing to spend an afternoon with my Fresh Prince family. Wishing that James Avery was still with us to make this complete," he captioned the photo.

Unlike other '90s shows that were revived or developed into a sequel, "The Fresh Prince of Bel-Air" would stay where it last stood-in fans' memories, Smith made it crystal clear.

"I don't think ever, like pretty close to when hell freezes over," Smith told E! News last year. "Like we're going to leave that one alone."

Ribeiro echoed Smith's thoughts on a possible "The Fresh Prince of Bel-Air" reboot. "Since the passing of my favourite dad in the world, ever on TV, the chances of a Fresh Prince [cast] coming back together will not happen," he said in an interview with E! News years ago. "I don't think we feel as a cast that we would do even our fans justice. We all felt like he was the centerpiece or the nucleus of that show. Without him, it just doesn't work. So even if the whole cast comes to support me on the show, we're not looking for that to happen."

"The Fresh Prince of Bel-Air" began airing in the US in 1990 and ended in 1996 after a strong six-season run. It revolves around the unfortunate events of Will Smith's fictional self after he was embroiled in a basketball scuffle with teenagers in West Philadelphia. Soon after the incident, Smith's frantic mother forced him to move with his aunt and uncle in Bel-Air, California.