Hong Kong actor Chow Yun-fat and his wife Jasmine arrive for a dinner during the opening ceremony of the Crown Macau in Macau May 12, 2007

His wife Jasmine Tan revealed that Chow enjoys eating street food and has been using her old handphone for 17 years.

She said he only changed to a new smartphone after the old phone stopped working. 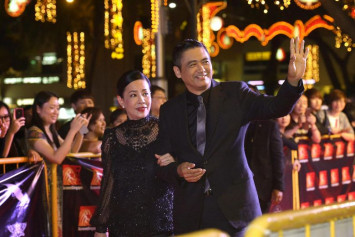 Despite being an international star worth HK$5.6bil, Chow still sees himself as an average man, who finds joy in living the simple life.

Often seen commuting on public transport dressed in old clothes, Chow said that "clothing was not something to show off and anything is good as long as he feels comfortable in it".