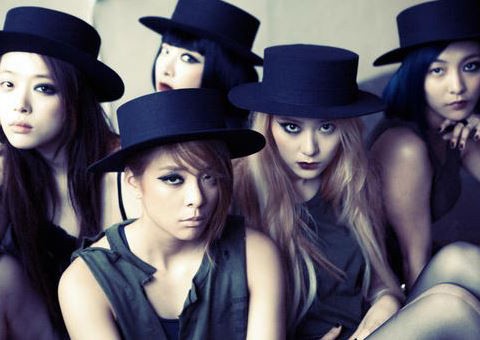 The members of SM Entertainment's girl group f(x) said that they let themselves loosen up for their first solo concert, "Dimension 4 - Docking Station."

"We're a group that always tries to be perfect, so we normally didn't accept even the smallest mistakes (in our performances). But with this concert, we wanted to focus on being free and interacting more with our fans, so we made some more mistakes," member Luna told reporters ahead of the concert's third and last show at Olympic Hall on Sunday.

According to Luna, the members were more prone to make mistakes because it was their first time performing continuously for so long. "We're so used to carefully planned performances, and suddenly we had to do 35 songs," she said.

"We get really excited, and then realised we don't know where we're supposed to be standing," said Victoria.

Amber added that when the members would lose their spots onstage during the concerts, they would be guided back to their original spots by other members. "We even asked the dancers to grab us if we moved away," she said.

F(x)'s first exclusive concert since their debut in 2009 took place from Friday to Sunday at Olympic Hall in Olympic Park.