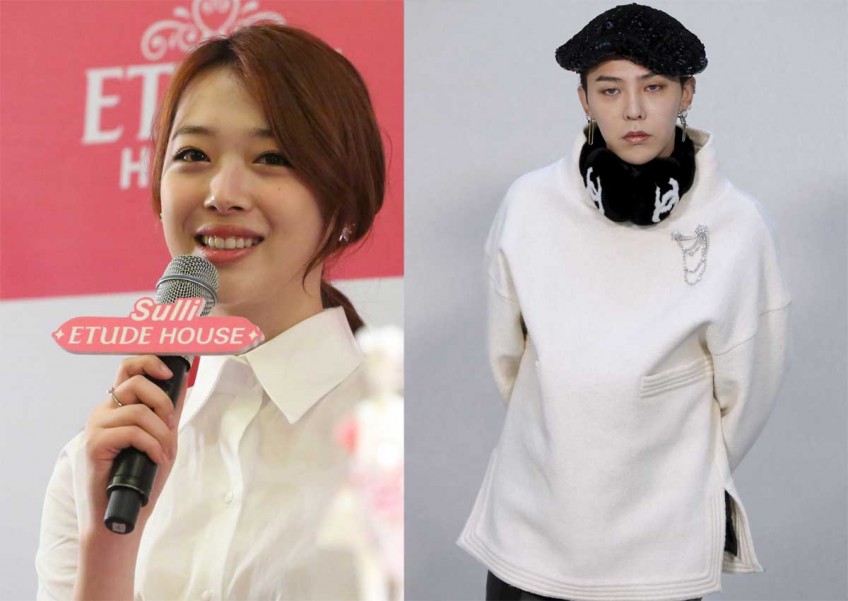 A rumour has surfaced that G-Dragon and Sulli might be dating, but neither of them have said anything about the rumour.

G-Dragon and Sulli previously shared a selfie via social media and both were snapped wearing the same ring on their ring fingers.

In January, the Hallyu stars also shared other selfies that they took on an airplane. Some fans assumed the photos were taken when both had to leave for Paris to attend G-dragon's private exhibition.

Since the rumours, G-Dragon's account has been changed to private. Before the change, G-Dragon shared a group photo on his social media account, where Sulli posed in the group photo.

Sulli recently broke up with Choiza, whom she had dated for nearly three years. Meanwhile, G-Dragon revealed that Sulli is his ideal type via radio programme in 2009.