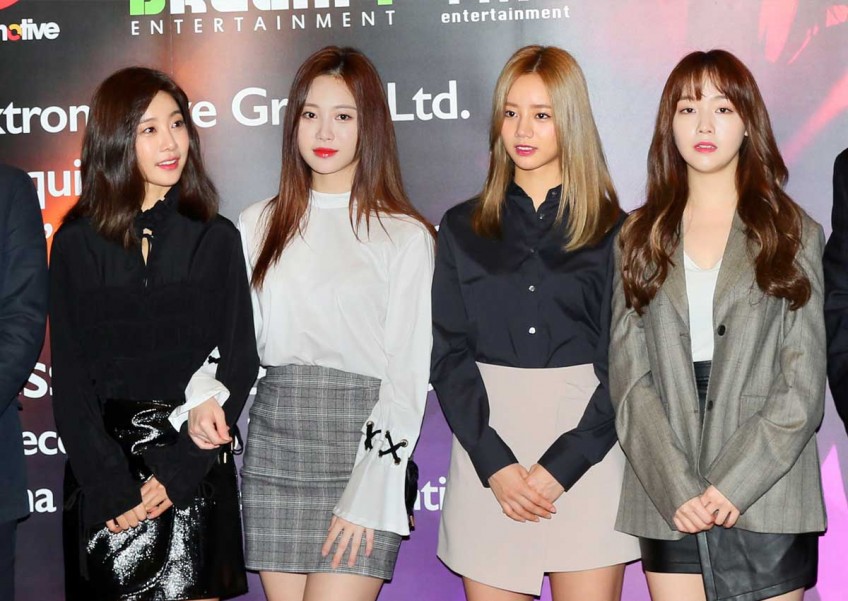 Girls' Day made a splash on local music charts Monday with its new EP "GIRLS' DAY EVERYDAY #5," achieving immediate impact with its first recording in 20 months.

The main track of the four-member group, "I'll be Yours," entered the local Genie chart at No. 2, right behind IU's "Through the Night." It was also seen rapidly climbing up other charts here, notching the No. 11 spot on the Melon chart just one hour after its noon release.

The latest EP by Girls' Day features several songs that the members participated in creating.

Yura was one of the writers for the lyrics of the main track "I'll be Yours," along with "Thirsty," while Sojin contributed in lyrics for "Kumbaya" and "Don't be Shy." Minah participated in writing the lyrics for "Truth."

Following its debut in 2010 as a five-member group with the song "Tilt My Head," the group has several hits under its belt including "Something" and "Nothing Lasts Forever."

Girls' Day members are successful in other fields as well -- Hyeri landed the leading role in the tvN drama "Reply 1988," which was one of the biggest hits of 2016.