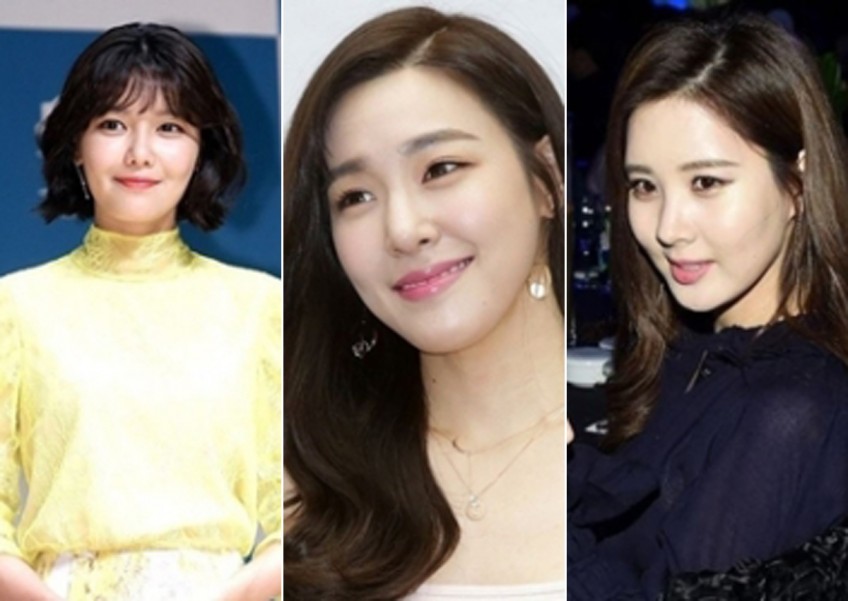 Having reached the 10-year mark, which is very rare for any K-pop act, Girls' Generation is considered a textbook example of how to succeed in the K-pop industry. The iconic group's influence is enormous, notching countless awards and numerous hits.

The revelation Monday night that three members of Girls' Generation are leaving their agency raises questions about the group's future: Will the group weather the storm intact or will it be the final straw for this legendary brand?

On Monday evening, S.M. Entertainment confirmed local media reports which claimed that members Tiffany, Seohyun and Sooyoung did not renew their contracts with the label while the other five -- Taeyeon, Yoona, Yuri, Hyoyeon and Sunny -- have decided to remain with the agency.

The agency said in a statement, "Girls' Generation is a precious and meaningful group for both S.M. and fans," adding that the members are not considering disbandment at all and that it will carefully discuss the future of group with the remaining members.

The news came as a shock to many, as the act had released its sixth full-length album "Holiday Night" in August to commemorate its 10th anniversary, giving the impression that the members' strong bond would last forever.

According to media reports, California-born-and-raised Tiffany is expected to pursue her studies in the US, while Seohyun and Sooyoung will pursue acting careers following their split from the agency.

It was previously reported that Tiffany has been growing a passion for acting for several years, and plans to study acting in the US. Sooyoung and Seohyun, who have been in several TV drama series, are currently starring in TV drama "Man Who Sets The Table" and "Thief, thief," respectively. Seohyun has also featured in multiple musicals.

With three of its members venturing into solo careers - one of them leaving Korea - speculations have been rising that their departure will soon lead to the group's disbandment. Girls' Generation may manage to stay intact from the blow, but whether the five-member structure will hold as much momentum as before also remains a question.

Other popular girl groups such as Wonder Girls and Sistar broke up entirely after having lost its members or seeing some members choose a solo career over group activities.

However, it is too early to make any assumptions about the group's future, as another scenario in which the members can gather in groups or as a whole for project activities is still possible, following in the footsteps of long-running K-pop acts such as Shinhwa and g.o.d.

After its contract with S.M. Entertainment expired in 2003, the members of Shinhwa, who got together in 1998 making it the longest-running K-pop group to date, embarked on solo careers either as actors or singers under different agencies.

Then in 2011, all six original members joined in establishing its own agency, Shinhwa Company, to allow for activities as a group alongside their solo careers. Such effort to stay together enabled Shinhwa to release its impressive 13th album "Unchanging" in October last year without losing any of its members.

g.o.d, one of the most popular K-pop bands of the early 2000s, is another group that has managed to remain relevant. The group went into hiatus in 2006 after Yoon Kye-sang left the group in 2004 to pursue acting. But in 2014, all five members, who were on different paths under different agencies, reunited to drop its eighth full-length album "Chapter 8" to celebrate its 15th anniversary.

Since debuting in 2007 with the first single "Into the New World," an energetic pop rock track filled with hopes and dreams that fit the group's youthful image, Girls' Generation has become a leader in K-pop industry.

The group was credited for setting genre trends with its bubblegum hits and flirty pop style, especially after performing its breakout hit "Gee" in skinny jeans with vibrant colors in 2009, which later became an infectious fashion trend.

After the departure of Jessica Jung in 2014 the group returned as an eight-piece and released a slew of hits, including "Lion Heart" and its latest anniversary album "Holiday Night," which debuted at No.1 on Billboard's World Albums chart in June.

Along with group activities, members Taeyeon, Tiffany, Seohyun and Hyoyeon have also made headway in their solo careers, while other members have appeared on the small screen and on variety shows, contributing to the longevity of the group.