The death of Taiwanese-Canadian actor Godfrey Gao on Wednesday during filming of Chinese reality television show﻿Chase Me has highlighted the cutthroat competition and dubious standards surrounding these programmes.

One industry veteran – who has directed reality shows for a major provincial network in China – said high ratings and lucrative advertising revenues too often came at the expense of production quality and safety in the years since the craze for celebrity television first swept the country.

“It is all about the money and profits. You cannot solely blame the network for the death [of Gao],” said the director, who preferred not to reveal his network but does not work for Zhejiang Television, which produces Chase Me.

“Every player in the industry has something to do with creating this ecosystem as it is now.”

Advertisers were looking not only for viewer ratings but also the wider audience delivered by online exposure, which translated into high demand for entertainment shows because their audiences were often identified as young and active internet users, the director said.

“The audience has become increasingly picky. Ten years ago, a singing competition was good enough. Now, no matter how hard you try – like singing with a mask on or having a prominent singer teaming up with an amateur – it is essentially singing and today cannot attract much of an audience,” he said.

Networks, driven to create shows that appealed to a young audience had found reality shows packed with exciting outdoor action to be the answer, he said.

“It involves constant shooting and they must have plenty of action, that will help generate social media interest or even news and attract clicks,” he said. 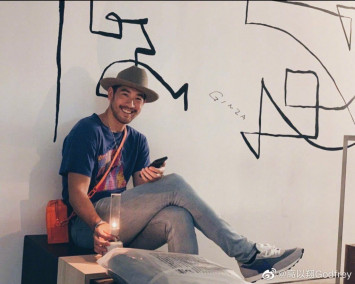 Reality shows have proven to be reliable eyeball catchers, especially those based on South Korean hits, such as Where Are We Going, Dad. That show was killed when mainland authorities banned reality programmes involving children in 2016, leading to a rise in the prominence of today’s outdoor shows which feature survival skills or competition between participants.

But success comes with a price and, in the case of reality programming, sometimes in human lives.

Actor Li Chen, a Keep Running regular, needed 22 stitches on his forehead after two incidents during filming of the show in April last year.

In 2013, an assistant to actor Shi Xiaolong drowned during shooting for Celebrity Splash, another Zhejiang Television reality show, in which popular personalities learn to dive.

Singer Zhang Jie fainted from a lack of oxygen while blowing a ping-pong ball through a tube – a game he said looked dangerous before it began – while filming Trump Card Vs Trump Card, also for Zhejiang Television.

Even Zou Shiming, the Olympic boxing gold medallist, brushed with danger when he took part in﻿Chase Me, which pushed participants to their physical limits on a 12km (7.5 mile) stunt-filled course which included climbing a 70 metre (230 feet) building before travelling 140 metres on a zip line and negotiating a wheeling obstacle over a pit filled with plastic balls. 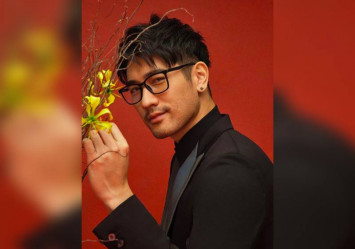 Zou struggled for a few seconds after landing in the pit before he sank under the plastic balls and failed to respond to the shouts of his fellow participants. Zou was eventually helped out of the ball pit by staff but said he had “lost feeling in one of his legs”.

The director said that Chinese crews were required to follow a production rule book that included logistical support when importing such shows, but sometimes localisation did not guarantee a programme was produced to the same quality and safety standards as the overseas version.

Some networks do not produce shows directly, outsourcing them to production companies, which also do not guarantee quality standards are met.

The director said that one production company he worked with had only a professional chief producer and few qualified directors. Many of the on-site jobs were done by amateurs – interns who included students who were still in college.

“There are always ways to present a badly produced show with a lot of post-production editing,” he said.

But even with the lax production standards, celebrities and agencies are still scrambling for parts in these programmes, looking for easy money, high exposure and the opportunity to ride a fast track to celebrity status.

“Newcomers to show business need to pay the production company to get on these reality shows,” the director said.

“A season of appearances in such a show will help them to get product endorsement contracts. Within a year, the investment in new talent will be recouped and make money.”

More prominent celebrities woo such shows because they are seen as an easy route to money and fame.

The director said that one A-list actor he worked with was paid 4 million yuan (US$568,000) for each reality show episode – or 40 million yuan for the whole season – a sum hard to match on a television series.

“It may take half a year to start a movie and there is no guarantee it is going to be a success,” he said.

“There is also the risk of censorship – the movie or TV series might not be aired in the end. Besides, the popularity and publicity from a film cannot be compared to a TV celebrity show, either.”

Celebrities also have busy schedules and do not have the luxury to spend a whole week on a reality show so production often goes around the clock to keep the shooting time to the minimum. “Sometimes that involves shooting through the night but that is what these celebrities signed up for,” the director said.