Singer Gwen Stefani speaks onstage during the 2017 Billboard Music Awards at T-Mobile Arena on May 21, 2017 in Las Vegas, Nevada.

The latest singer to book a residency in Las Vegas is none other than Gwen Stefani.

Caesars Entertainment announced on Tuesday that Stefani’s residency would begin in June at the Zappos Theater inside the Planet Hollywood casino and resort.

The show, titled "Gwen Stefani - Just a Girl", is a celebration of her successful career. Her album You Make It Feel Like Christmas, released last fall, has climbed to the number-one spot on the Billboard Holiday Album chart. 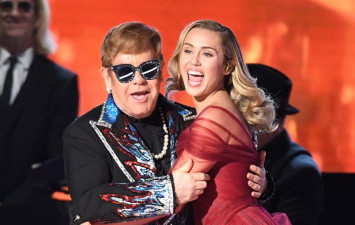 According to Stefani, having a show in Las Vegas is an “incredible honor”.

“Growing up in Anaheim, California, I could never have imagined one day having my own Vegas residency,” she said in a statement as quoted by The Hollywood Reporter.

The shows are scheduled to take place in June, July, December, as well as February and March 2019. Tickets are set to go on sale on April 13.

It’s happening!! My very first Las Vegas residency “Just A Girl” is opening June 27th at @Zappos Theater inside @PHVegas! 🙌 Tix for all 25 dates go on sale this Fri at 10am PT. ♣❤️♠♦️ gx GwenStefani.com