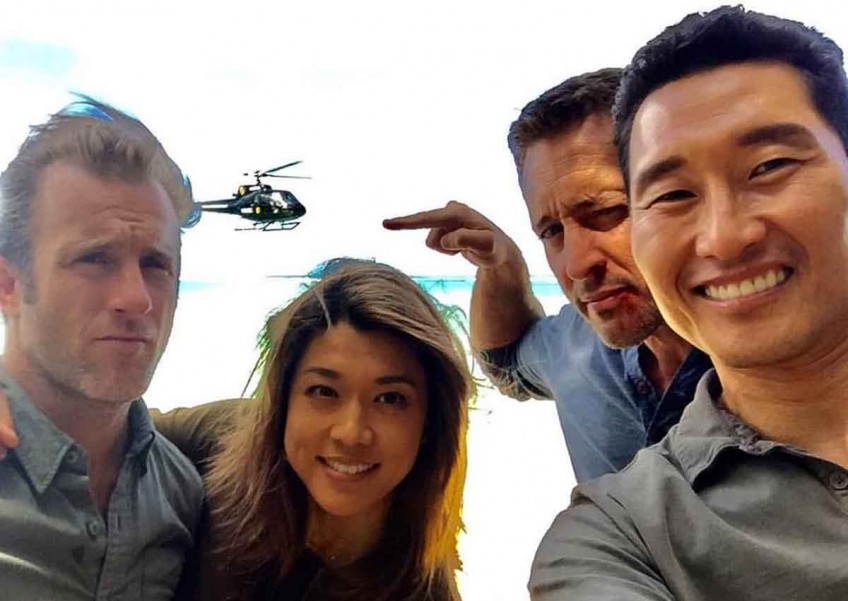 Korean-American actors Daniel Dae Kim and Grace Park have left US police drama 'Hawaii Five-0', after they could not reach a satisfactory agreement with CBS Television Studios over their salaries.

Kim and Park were seeking pay equality with co-stars Alex O’Loughlin and Scott Caan, but CBS's final offer to the Asian actors was believed to be 10 to 15 per cent lower than what O’Loughlin and Caan make in salary, Variety reported.

So after seven seasons with the show, the actors will not be returning for an 8th.

It is unclear what the pay discrepancy was before these negotiations.

Furthermore, O’Laughlin and Caan both have back-end deals with CBS that allow them to earn a cut of the show's profits, according to a report by Vox. It is not known whether a similar kind of option was offered to Kim and Park during discussions about their salaries.

CBS said in a statement: “We are so appreciative of Daniel and Grace’s enormous talents, professional excellence and the aloha spirit they brought to each and every one of our 168 episodes. They’ve helped us build an exciting new Hawaii Five-0, and we wish them all the best and much success in their next chapters. Mahalo and a hui hou…”

In addition, executive producer of the show Peter Lenkov said: “I will never forget meeting Daniel while still writing the pilot and being certain there was no other actor who I’d want to play Chin Ho Kelly. Needless to say, Daniel has been an instrumental part of the success of ‘Hawaii Five-0’ over the past 7 seasons and it has personally been a privilege to know him."

"Grace’s presence gave ‘Hawaii Five-0’ a beauty and serenity to each episode. She was the consummate collaborator, helping build her character from day 1. They will always be ohana to us, we will miss them and we wish them both all the best,” Lenkov added.

While Kim has posted on social media to fans about his leaving, no comments have been heard yet from Park.

"As an Asian American actor, I know first-hand how difficult it is to find opportunities at all, let alone play a well developed, three dimensional character like Chin Ho. I will miss him sincerely," Kim said about the role.

According to a report from Business Insider, Kim and Park have been with the show alongside O’Loughlin and Caan since 2010, when the television network premiered 'Hawaii Five-0' as a rebooted version of the classic 1968 cop show.

At the end of season 7, Kim and Park's characters, Chin Ho Kelly and Kono Kalakaua, had open-ended storylines- Kelly was getting ready to head a task force in San Francisco and Kalakaua had left to investigate a sex trafficking ring involving children.

The absences of both characters will be addressed in the premier of season 8.