He could fall, but not fail at French 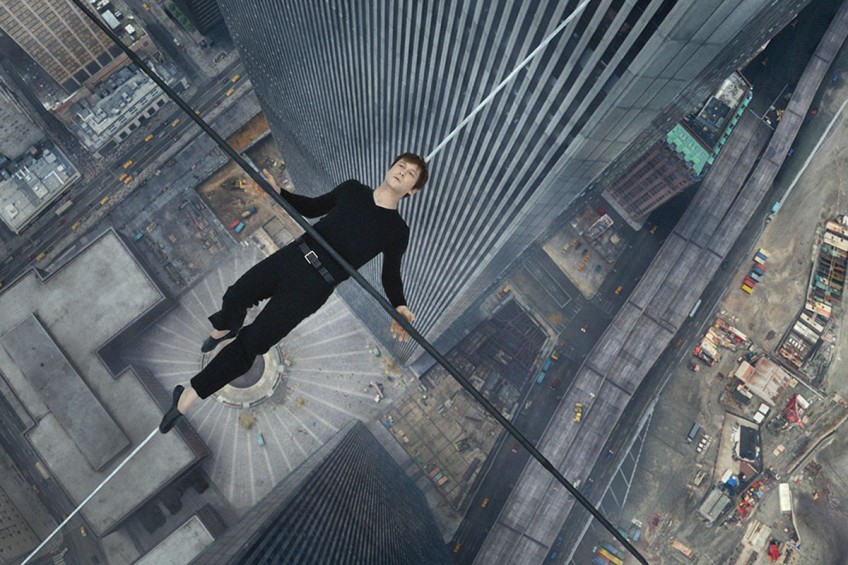 There was more than one way Joseph Gordon-Levitt could have fallen flat on his face while playing a high-wire artist in The Walk - and that was if he messed up the French dialogue in the film.

This would have been a bigger embarrassment than falling off the wire because of what a diehard Francophile he is, he tells Life.

It is one reason the 34-year-old said "oui" to The Walk, a movie about Frenchman Philippe Petit's 1974 high-wire act between the twin towers of the World Trade Centre in New York.

"Playing a Frenchman is something I've always wanted to do," Gordon-Levitt says at a press event in Cancun, Mexico. "You could almost describe it as a white whale because that's sort of a crazy thing for an American to do. I certainly had those voices in my head saying , 'Are you sure this is a good idea? People aren't used to hearing you speak this way and they might not accept it'. But I loved the opportunity so much that I had to ignore those doubts in my head and do it."

And he pulls it off, according to French-Canadian actress Charlotte Le Bon, who plays Petit's girlfriend in the Robert Zemeckis film, which is mostly in English, but has a good chunk of dialogue in French. She has praised her co-star's imitation of Petit's Parisian accent, which she says is spot-on.

It was not too much of a stretch for Gordon-Levitt, though - he had studied French poetry at Columbia University and speaks the language.

The actor, who was born and raised in Los Angeles, says his obsession with all things French springs from his love of film. "There's something about that country that generates cinephilia. I haven't been everywhere in the world but Paris has by far the best cinemas. And I don't mean the nicest stadium seating, I mean the selection of movies.

"If you go to Paris on a Wednesday afternoon, you can go to some cinema in the Latin quarter and they'll be playing some obscure Russian movie from the 1970s - and there will be an audience there," he marvels.

He earned glowing reviews for the comedy Don Jon (2013), which he wrote, directed and starred in. His latest coup is landing the lead role in one of the most anticipated films of next year, Oliver Stone's Edward Snowden biopic.

To play Petit, the actor - who has a two-month-old son with wife and technology entrepreneur Tasha McCauley, 34 - decided to learn to wire-walk for real, rather than rely on a stunt double. He did this under the tutelage of Petit, 66, who was a consultant on the film and put the actor through an eight-day bootcamp.

"Philippe insisted that he be the one to teach me. You begin with just a piece of tape on the ground, to practise what you do with your feet. It's not like walking on the ground. When we walk on the ground, first we put our heel down and then our toe down, and then we shift our weight and move to our next foot.

Spending time with Petit also gave Gordon-Levitt some insights into the mental discipline - and perhaps the lunacy - it takes to do the unthinkable.

"Philippe was very safety-conscious. He was doing something that was of risk to his own life and that was part of his performance, but he was not going about it in a careless way," he says.

"But maybe Philippe was crazy - that's part of what makes him an interesting character. Philippe himself would be the first to acknowledge that there was a part of him that was losing his mind throughout the whole experience."

Petit's attitude towards fear and failure was instructive, too.

Says Gordon-Levitt: "He is a man who refuses to let that fear into his head and one of the things I find really interesting about Philippe is how he manipulates himself. In the movie, he mentions death and then he says, 'But I never say this word and you'll never hear me say it again'. His use of language helps him focus his mentality.

"When he was teaching me how to walk on the wire and I would fall off, he would say, 'No, you never fall. I never want to hear you even say the word. You just decide to step off when it's time to step off'.

"And it actually really works."