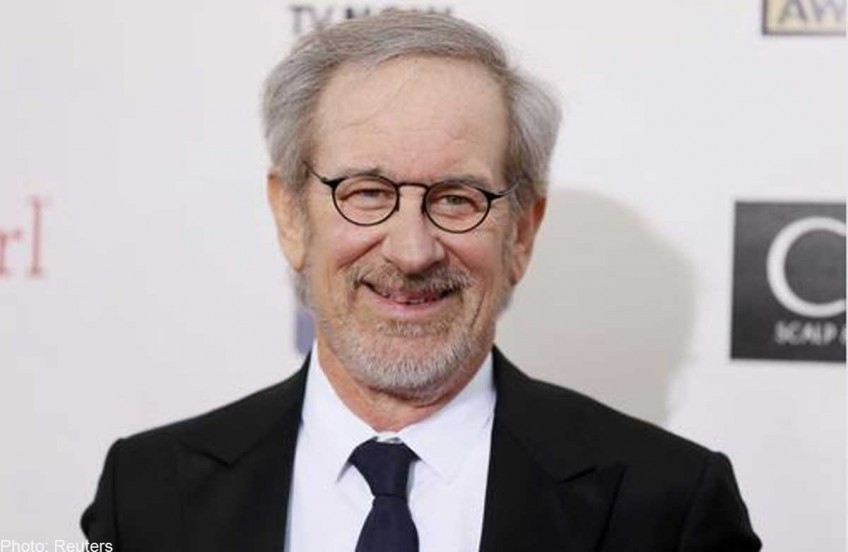 LOS ANGELES - With Internet is always quick to express outrage over controversial images, but, sometimes, too quick to look closely.

It all started when comedian Jay Branscomb posted a picture on July 6 of Steven Spielberg next to a Triceratops, with the caption: "Disgraceful photo of recreational hunter happily posing next to a Triceratops he just slaughtered. Please share so the world can name and shame this despicable man." His post exploded with harsh comments.

One commenter said he could identify him as the famed director Spielberg, and others expressed disgust that he "hunted" a Triceratops - a dinosaur.

Branscomb's post was clearly a joke, but not everyone seemed to have realised that dinosaurs had been extinct for a really long time, or that Spielberg was just sitting with one of his props from Jurassic Park.

Comments like these poured in: "That's disgusting. Killing an innocent animal! Is that some kind of bison/bull? It's huge!" "I don't care who he is, he should not have shot that animal!"

"Steven Spielberg, I'm disappointed in you. I'm not watching any of your movies again ANIMAL KILLER."

"He should be killed instead. Beautiful creature innocently livingmillions of years ago then this monster comes along."

"Disgraceful. No wonder dinosaurs became extinct. Sickos like this kill every last one of them as soon as they are discovered. He should be in prison."

While some of these comments make you lose faith in humanity, there were others who clearly played along, or expressed disbelief that some people actually thought it was real.