Lewis Capaldi, best known for break-up ballad Someone You Loved, was in Kuala Lumpur to give his maiden performance.

One might expect the writer and singer of break-up ballads Lewis Capaldi to come across as sombre and pensive in person.

Interestingly, the heartbreak crooner, best known for his 2018 hit Someone You Loved, is anything but.

Capaldi, 23, was a ball of energy the moment he walked into his press conference in Kuala Lumpur recently.

He is amusingly random (sharing in detail about a monster burrito challenge he took part in the day before that left him immobile), self-deprecating ("I'll try to make a second album and I'll try to make it not terrible") and prone to breaking out in song mid-interview (singing a snippet of Miley Cyrus's The Best Of Both Worlds when the song's phrase "best of both worlds" incidentally came up in his conversation with the emcee).

The Scottish artiste, who was in town to give his maiden performance in Malaysia, explains these two contrasting personas.

"I'm a happy boy," he simply offers. "I think you get all the sadness out in song."

Indeed, Capaldi shares his debut album Divinely Uninspired To A Hellish Extent, which he wrote, came from a place of pain.

"I was dating a lady for a year and a half. Then she decided she did not like me very much. And I wrote a whole album about it," he says.

One of the songs off his 12-track release, Someone You Loved, shot to number one on the US Billboard Hot 100 charts last October, making him the first Scottish solo singer to do so since Sheena Easton with Morning Train (9 to 5) in 1981.

The song was even nominated for Song Of The Year at the recent Grammys. 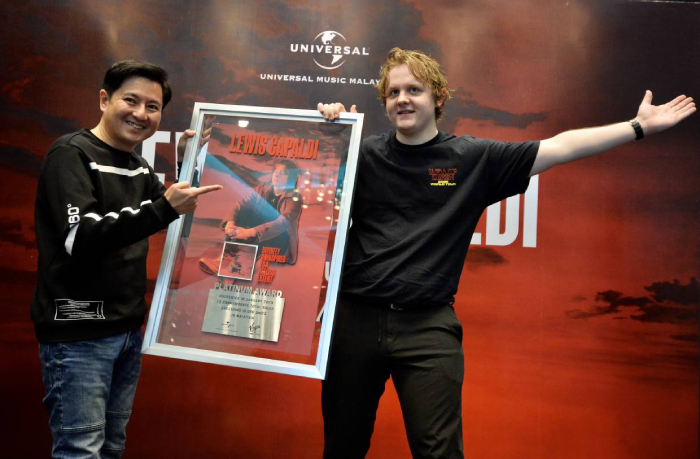 Capaldi began singing at the tender age of nine, posting his performances on SoundCloud and YouTube. He paid his dues singing at pubs for years before Capaldi's manager found his works on SoundCloud.

Capaldi's haunting vocals and propensity for melancholy has some listeners calling him the "male Adele".

"It's a huge compliment. She's very successful. She's had a long career," he talks about being compared to the Hello hitmaker.

He later adds: "It's weird that no one has called me the next Beyonce."

Asked if he sees himself more as a singer or a songwriter, he replies modestly: "I'm not that good of a singer, technically-speaking,"

"I like my voice but when you look at people like Beyonce, Adele or Ariana Grande, they are incredible singers. I've never seen myself as that good of a singer." 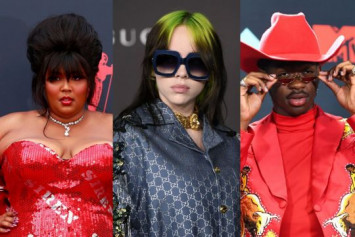 Capaldi perhaps feels more at home with the term songwriter instead, saying: "I like playing songs that I've written and see people's reaction to them."

Having amassed so much success and fame within the last two years (he recalls his craziest fan encounter - a diehard fan went over a barrier and planted a kiss on his face once), Capaldi says he is well aware it might all go away in a heartbeat.

"That day is coming for sure. It is coming like a freight train," he reflects.

"What I've realised about fame is there are some aspects that can be very fun. But if you take it seriously, if you value yourself by how famous you are, you are going to be in big trouble."

"Although, six months from now, I might go, 'I've lost my fame and I want to get it back,'" he adds, to a roomful of laughter.