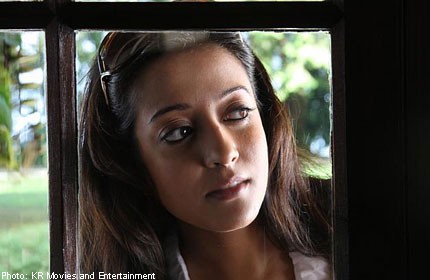 SINGAPORE - You have heard of Hollywood, Hindi cinema's Bollywood and the Tamil Kollywood.

Here comes Tollywood, films in Bengali from the capital of Bengal, Kolkata.

The Bengali-speaking community, comprising mainly Bengalis from India and Bangladeshis, as well as world cinema fans have been able to catch new Bengali films regularly at the Golden Village cinema in City Square Mall when Tollywood was brought to local big screen on Wednesday.

These films will be screened with English subtitles five to six times a week, with three to four new releases every month.

Tollywood is thus named as the centre of the Bengali film industry is mainly situated in Tollygunge, a locality of South Kolkata, India. It produces about 130 films every year.

United director Sreyashi Sen grew up in Bengal, Kolkata, and moved to Singapore 12 years ago, when she was 27.

The 39-year-old says: "Bengali cinema has come of age after the last 10 years of experimentation with different genres. It does not fall into purely commercial or artistic categories, but rather treads a middle ground that caters to all sections of the population."

The success of the inaugural Darpan film festival last year, which drew audiences of close to 3,000 to its seven films and will now be an annual event, provided her with impetus to spearhead this launch.

With the commercial release of Bengali films in cinemas, the Darpan film festival will acquire a more regional focus, featuring award-winning films from Bangladesh and Indian states such as Kerala and Karnataka in addition to Bengal. Workshops and symposiums will also be held.

Previously, Ms Sen and other Bengali film fans observed that there had been a dearth of Bengali films available in Singapore and South-east Asia.

Bengali expatriate Sujoy Dott, 29, who has been working in Singapore for 11/2 years as a project manager in the service industry, says that it has not been easy for him and his friends to watch Bengali movies.

"Not only do we have to wait close to six months for the DVDs of movies to be released, but we might also ask someone coming from Bengal to buy them for us. Some might even resort to pirated versions online," he says.

The first film that will be screened here in the United-Golden Village tie-up is Kaushik Ganguly's C/O Sir, which focuses on the life of a blind schoolteacher and his attempt to prevent his school from being sold.

Bank officer Ng Chee Yang, 57, who is the treasurer of the Singapore Film Society, watched Bengali films for the first time at last year's film festival and enjoyed them so much that he attended almost all the screenings.

"Compared to Bollywood, Tollywood films have a more subtle, refined style. I'm very happy about these commercial releases as I had wanted to get hold of some Bengali films on DVD. But even Mustafa has only a small selection and very few of them come with English subtitles," he says

A Golden Village spokesman says the screening of Bengali films will provide moviegoers with greater variety. Depending on the response of moviegoers, screenings might be extended to other theatres.