BTS are set to drop their new album, Proof, on June 10, which is three days before the K-pop group’s ninth anniversary.

BTS are set to drop their new album, Proof , on June 10 — three days before the K-pop group's ninth anniversary.

The three-disc compilation will be their first anthology album. According to promotional material, it is a celebration of their career thus far, and "opens a new chapter upon their 10th year as artists".

Ahead of its release, BTS shared each CD's tracklist this week. Proof will revisit old releases and introduce three brand new songs that are said to explore their past, present and future.

The first disc also features the band's 2013 song Born Singer, a remake of J. Cole's 2013 Born Sinner. The BTS version has never made it onto any albums or digital music platforms. Several other formally unreleased songs are also featured on the trio of discs. 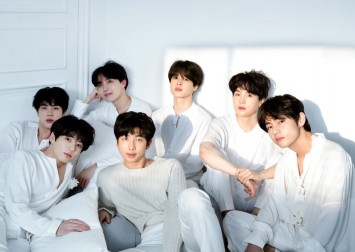 The third disc will feature alternate versions of songs and demo versions of much-beloved tracks from the K-pop group. Unreleased songs Young Love and Quotation Mark are joined by the wholly new song For Youth, a fan-dedicated track which is the only song from disc three of Proof that will be available on digital music platforms.

BTS are also set to drop a variety of promotional content, including photos and video teasers, in the lead up to Proof 's release.

The anthology's release will purportedly be followed by a surprise from the group on June 13.