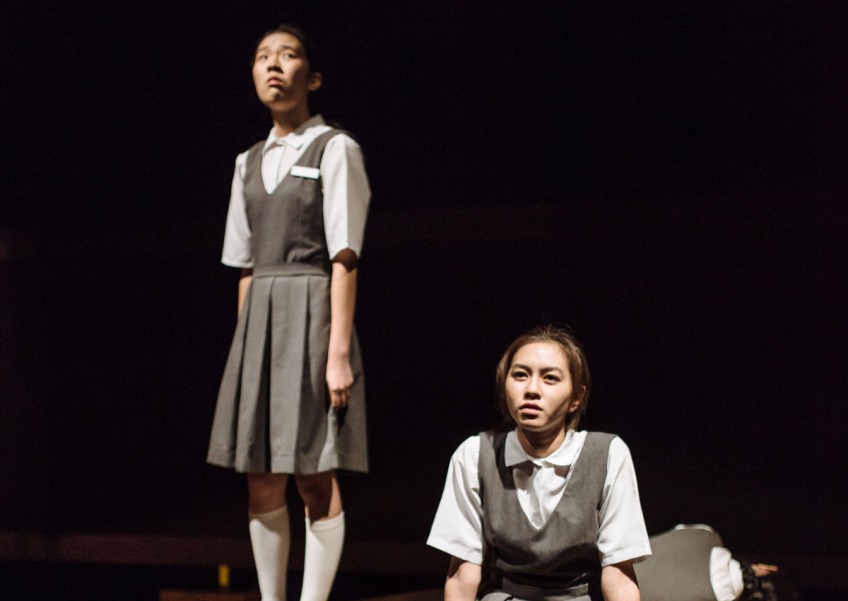 Faith Ng’s play Normal (above) is on its second sold-out run.
Checkpoint Theatre

It has been 12 years since Faith Ng, 29, left the Normal (Academic) stream in an all-girls secondary school.

But she is still dealing with the repercussions because of the discrimination she faced from her teachers, friends and relatives.

Her husband jokingly called her stupid during an argument - prompting her to write the sold-out play, Normal, about her experiences as a former Normal (Academic) student.

It has been so successful that schools have sent teachers and students to watch it, two ministers recently attended it and Ms Ng has been receiving letters from Normal (Academic) students grateful to her for giving them a voice.

Normal is on its second sold-out run by Checkpoint Theatre at the Drama Centre Black Box in the National Library Building at Victoria Street.

The play follows two Secondary 5 students in a fictional Singaporean school, Trinity Girls' School , who are discriminated against for being in the Normal (Academic) stream.

Ms Ng admitted that she was gutted seeing the words 'Normal (Academic)' on her Primary School Leaving Examination (PSLE) result slip. Her twin sister went to the Express stream in the same school.

She told The New Paper: "I was disappointed. The finality to the way the words were on the paper was quite distressing."

She declined to name the school, saying discrimination exists in society as a whole.

In one scene of the play, students from the Express stream visit Changi Museum on an excursion to appreciate the building's history, while the Normal (Academic) students go to Changi Women's Prison instead.

A character jokes it is to see their future homes.

Ms Ng said this actually happened to her in Secondary 1.

She has a master's degree in creative writing from the University of East Anglia in Britain and teaches playwriting at the National University Singapore (NUS).

Normal's current run started on March 23 and ends on April 16 . It is sold out, but Checkpoint Theatre says single tickets may be available on request at the door.

Ms Ng is proud schools are sending teachers to watch it.

She said: "I can see schools becoming open to having these discussions with their students."

Miss Carin Pay, 27, a former Normal (Academic) student from Paya Lebar Methodist Girls' School, attended Tuesday's performance and said she connected with the theme of suicide in the play.

She said she considered suicide after failing her O-levels.

Now a trainee pre-school teacher, Miss Pay said: "I will never be like some teachers who discouraged me. I will never discourage my kids."

This article was first published on March 30, 2017.
Get The New Paper for more stories.