HK actor Andy Lau roughing it out in new movie 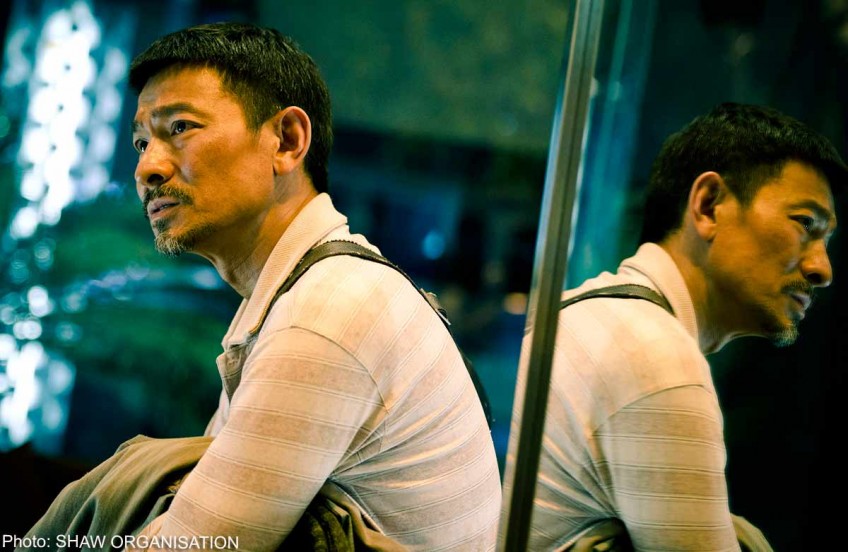 To search for his missing son.

To fill the shoes of his distressed character, Lau underwent the most massive transformation of his career.

As Lei, Lau sports white hair and messy facial hair. His clothes are shoddy and rumpled. He is in a perpetually dirty and dishevelled state, and he gets pushed around, even slapped, by strangers who fail to comprehend why he persists in his crusade.

In an e-mail interview with M, Lau, a father of one - he has a three-year-old daughter with Malaysian wife Carol Chu - shared how he nailed the nuances of Lei's vagabond life, the secrets of filming in public and that he won't be lured by the bright lights of Hollywood.

Did you have to do a lot of work to look the part of Lei?

The outfit helped a lot. I just needed time to let my white hair and facial hair grow out. They're real.

I also got a natural tan, instead of going to a tanning studio. And I didn't apply any lotion. That made me look more like a real farmer.

There is a memorable scene where Lei is slapped several times and flung into the water. How difficult was it to shoot that scene?

Director Peng Sanyuan demanded authenticity. We avoided using body doubles, even in the long shots. The slapping had to be real. She emphasised that every slap had to be heard.

The production crew prepared ice for me to cool my sore and red face after doing our takes. The shoot was physical, but I was fine with it.

There were scenes where you had to squat by the roadside and eat rice and bread. While filming those scenes, did people recognise you? Or were you so convincing that they didn't realise you were Andy Lau?

I got recognised when the shooting set-up was in place. People who notice a film crew in their vicinity will expect actors to be there.

That is why many of our scenes were actually shot using a hidden camera.

If I were to walk alone in my character's outfit, I bet not too many people would be aware that it was me.

Were the emotional scenes tough to execute?

In the film, I shared a lot of scenes with Jing's character Zeng Shuai. In real life, we were not familiar with each other at the beginning.

As we spent more time together on set, our relationship improved - just like our characters in the film. So the father-son emotions came to us quite naturally.

There aren't many crying scenes in Lost And Love. I would say, it is not the tears but the movie's theme that will touch your heart.

What was it like working with Jing? For a large part of your character's journey around China, both of you were on the same motorbike - he as the main rider and you as the pillion rider.

Jing was good. Initially, when Peng asked him to "cry in his heart with sunshine smiles on his face", there was a bit of confusion. He needed some time to warm up but once he got it, he was fantastic. He managed his role very well. I think he was particularly nervous when I was his pillion rider. He was afraid I'd get hurt if our motorbike fell.

You are so successful as an actor and singer, and you also own your own film production company, Focus Films. Will you embark on your directorial debut soon?

To be a director is my dream, but I have to be well prepared for it. Scheduling is key to making this dream come true. I don't want to set in stone the genre or cast of my debut film. Let's keep it open.

You will be in Chinese director Zhang Yimou's new film The Great Wall, which will also star Matt Damon and Willem Dafoe. Are you excited to work with these Western stars?

I always look forward to working with good actors and actresses, whether they are Western or Asian. I have no plans to go to Hollywood.