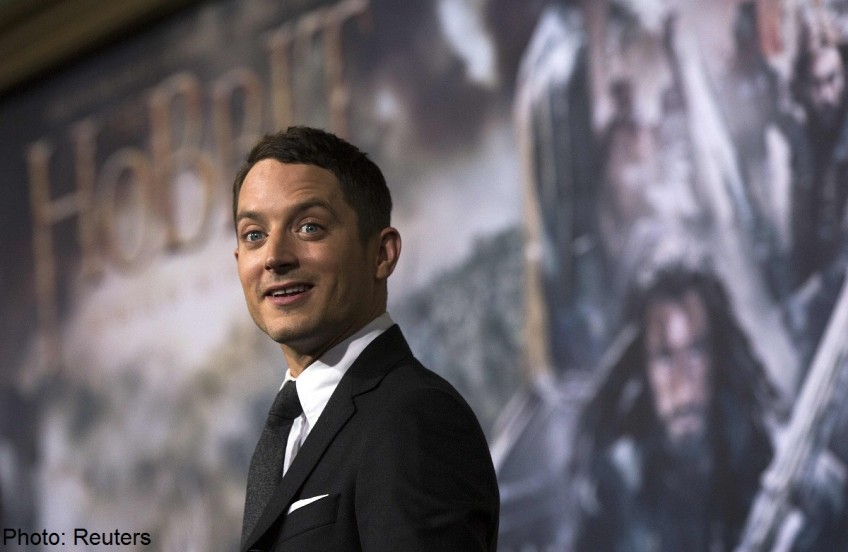 NEW YORK - The last movie of Peter Jackson's three "Hobbit" films rode to a second consecutive win atop US and Canadian weekend box office charts, selling US$41.4 million (S$54.7 million) worth of tickets to triumph over new releases "Unbroken" and "Into the Woods."

"The Hobbit: The Battle of the Five Armies" grabbed another US$13.1 million from Christmas day screenings for a combined four-day total through Sunday of US$54.5 million and a domestic haul of US$168.5 million since its Dec. 17 release, according to estimates from tracking firm Rentrak.

Director Angelina Jolie's World War Two drama "Unbroken" finished second with US$31.7 million after winning the box office duel on Christmas, narrowly edging out another new film, the musical "Into The Woods" which claimed the No. 3 spot with US$31 million.

"None of us ever would have thought a picture like this -- an inspirational story about a World War Two hero and Olympian -- would have performed at this level," said Nikki Rocco, president for domestic distribution at Universal Pictures, the Comcast Corp unit that released the film.

"We would have been happy at US$25 million," Rocco said, adding that the release had capped Universal's most profitable year.

"Into The Woods," the adaptation of Stephen Sondheim's Broadway musical which puts a dark spin on fairy tales, stars Meryl Streep, Emily Blunt and Johnny Depp.

The film, which saw the biggest opening in history for a screen adaptation of a Broadway musical, added US$15.1 million from Christmas day screenings for a four-day total of US$46.1 million, distributor Walt Disney Co. said.

"Night at the Museum: Secret of the Tomb" took fourth place in its second week of release with US$20.6 million, while the musical "Annie" rounded out the top five with US$16.6 million. In a rare feat, box office sales for both films exceeded their opening weekend numbers.

Another new release, "The Gambler," opened in seventh with US$9.3 million, behind "The Hunger Games"' US$10 million take. The low-budget film, which stars Mark Wahlberg, is a remake of the 1974 James Caan classic about a professor with a devastating weakness for high-stakes gambling.

The relatively solid box office numbers put Hollywood on track to end the year down just over five per cent from 2013's record performance, an improvement over the double-digit falloff that was in place during the summer, according to Rentrak.