After a nine-year battle with cancer which depleted his finances and brought his stellar showbiz career to a screeching halt, Cheung Tat-ming’s comeback this year is nothing short of extraordinary.

The 56-year-old comedian recently won the best supporting actor prize at the Hong Kong Film Awards – the first time he had ever been nominated – for his performance in I’m Livin’ It, a gritty drama about homeless street people living in abject poverty in Hong Kong.

Playing a talkative McRefugee who is forced to sleep in a McDonald’s outlet due to unemployment, Cheung says that his experience with illness enabled him to feel his character’s plight.

“I’m Livin’ It is a social film. There are many homeless people in society,” Cheung tells the South China Morning Post. “The film explores how people face [challenges in] life. My physical state is similar to that of my character, who has poor health. Helpless, penniless and frail, he walks unsteadily, does not eat well and loves drinking. He is similar to me, who has to walk slowly [now] … My experience of battling illness has enriched my acting.”

Cheung’s 2011 diagnosis of nasopharyngeal carcinoma plunged him into the same abyss into which his character in the film falls.

He went to see doctors after having long-term nosebleeds. When undergoing medical treatment, he mentally prepared for the worst, looking up information about cremation and columbariums.

Numbness in his limbs and other side effects of radiation and chemotherapy made even walking difficult for him, confining him to a wheelchair for a period.

“In the past, I worked long hours, got drunk, smoked and stayed up late partying,” he says. “Modern people are prone to severe illnesses like diabetes due to poor lifestyle and pollution problems. I have declined many roles in movies as my body is too weak to do them. I can no longer do things like wire-flying. For roles which [are not physically demanding] and which I can play well, I will try my best.”

Cheung’s first major acting role after recovering from cancer was being cast as the father of a homebuyer played by Francis Ng Chun-yu in the black comedy A Home with a View. The film, co-produced by Cheung, was adapted from his 1993 theatre work The Days of Ah Dum’s Family Looking at the Sea.

A Home with a View sheds light on Hong Kong’s housing problem by portraying the travails of a family who, having scrimped and saved to buy a property, have their life turned upside down after their flat’s sea view is blocked by an advertising billboard.

I’m Livin’ It marks Cheung’s second major film role after his battle with cancer. A drama graduate of the Hong Kong Academy for Performing Arts (HKAPA), he is most renowned for his comedy work.

In 1995, his stand-up comedy performances with Dayo Wong Tze-wah regularly brought the house down at the Queen Elizabeth Stadium. Francis Ng joined the duo in 1998 for a run of 53 comedy performances, titled the Free Men Show , at the HKAPA.

Cheung played the hilarious role of an emperor who is protected by a bumbling royal special agent, played by Stephen Chow Sing-chi, in Chow’s film Forbidden City Cop (1996).

Dubbed the “golden supporting actor” for Chow’s numerous films by the Chinese press, Cheung partnered with Chow again in Lawyer Lawyer (1997), playing the boss of a Chinese restaurant.

The father of two reached the peak of his showbiz career in 1997 when he played the lead in TVB drama series Justice Sung.

His brilliant performance of a money-minded lawyer, whose eloquent speeches help him win numerous court cases during the Qing dynasty, saw the programme become the top-grossing TV series in Hong Kong that year.

He reprised the same role in sequel Justice Sung II in 1999. 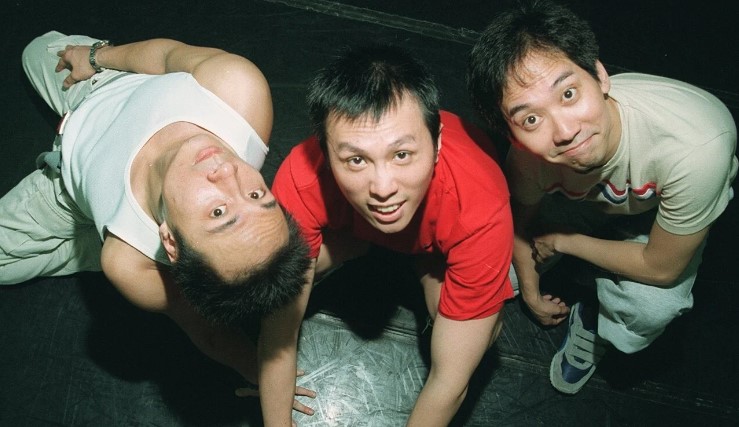 Recalling his decades-long entertainment career, Cheung, who is also a TV programme host, veteran theatre actor, director and scriptwriter, says he feels lucky to have been able to play so many different showbiz roles.

“In 2011, comedienne Sandra Ng Kwan-yue and I performed as a stand-up comedy duo at the Queen Elizabeth Stadium. It was a first [in the history of Hong Kong] for a male-and-female duo to be able to hold a ticket-selling stand-up show [at a big venue]. It was a very special experience,” he says.

“Making good movies is also important. I feel much luckier than many people who can’t even get the chance to do a DJ gig.”

While Cheung has received much recognition for his theatre work, his win at this year’s Hong Kong Film Awards marked a first for his film career. In 1992, he won the best director and best original script awards from the Hong Kong Federation of Drama Societies for Far Way Home.

A year later he won the outstanding theatre scriptwriting gong, awarded by the Hong Kong Arts Development Council, for The Days of Ah Dum’s Family Looking at the Sea.

Cheung says it is no small feat for a comedian to win recognition at film awards.

“It’s difficult for me, who has mostly starred in comedies, to get nominated. Stephen Chow had to wait many years before he won [at the Hong Kong Film Awards].” Chow won the best director, best actor, best picture and best new director awards for Shaolin Soccer at the 2002 Hong Kong Film Awards, his first in that competition, despite having picked up several acting awards from other organisations during the 1990s.

Cheung says the secrets to being a successful comedian are to be creative and not stick to the script.

“My idols include Charlie Chaplin, and Hong Kong comedians Stephen Chow and Michael Hui Koon-man. To play a role well, you have to be passionate and love thinking about and feeling the character’s emotions.

“A very good-looking man cannot be a comedian, who has to possess unique characteristics. It’s difficult to do comedy well. I have starred in many comedies. But I never stick to the same rituals as I don’t want to be typecast. I improvised when playing my role in I’m Livin’ It … Although the film is a tragedy, there is some hilarity and absurdity in my portrayal of the talkative character.”

Coming up, Cheung says he has accepted scriptwriting work for four theatre plays. “I also accepted a cameo role for an as-yet-unnamed big movie. I no longer accept film roles just for the sake of making money. Unlike my former self [which had poor work-life balance], I put my health first now, with work coming in second.”

His brush with death has boosted his resilience and he is grateful for the kindness and generosity he was shown by his showbiz friends.

Stars including Andy Lau Tak-wah and Louis Koo Tin-lok helped finance his medical bills, while hiking enthusiast Chow Yun-fat brought him on hiking and running trips to train his body. 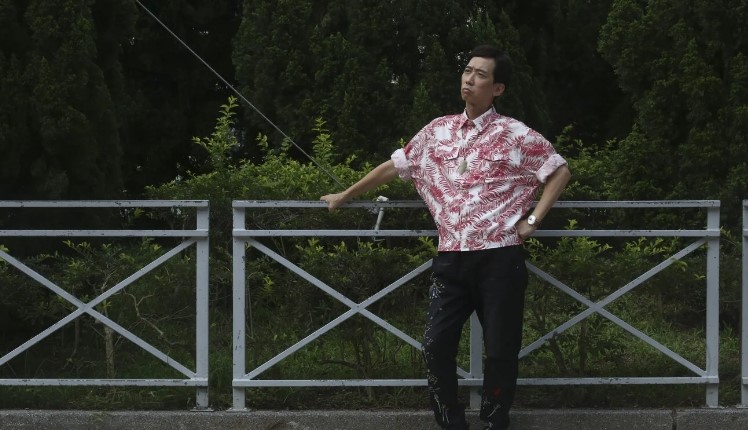 “The experience of being ill gave me new perspectives in life,” Cheung says. “Now I know how it feels to be pumped full of medicine, I will have more ideas when writing scripts.

“Life is peppered with setbacks. Having adversity befall you doesn’t spell the end. It will pass eventually. There might be even bigger adversity waiting. So we have to stay positive and always see the glass as half full.”