Kai Chi, who had reportedly been battling stomach cancer for the past couple of months, passed away at the Prince of Wales Hospital, in Sha Tin, at 8.32pm.

A statement from his management company, L&P Entertainment Limited, said his family had been by his side when he died, and that he had “returned to the arms of his heavenly father”.

Kai Chi, and his former television actor wife Barbara Chan Man Yee, who is better known as Money Chan, were well known for being committed Christians.

Affectionately known as “Uncle Chi”, he had been a TVB actor for decades and was celebrated for his poignant “everyman” supporting roles.

Kai Chi won best supporting actor awards for the satirical comedy-drama Cageman in 1993, and action thriller The Beast Stalker in 2009 at the Hong Kong Film Awards and was nominated for another six times, with the latest one in 2019 for his role in action film Project Gutenberg.

Earlier this month Chan told local media her husband had been diagnosed with stomach cancer in December, and early last week L&P said the actor had health problems and had stopped working.

Kai Chi started his career as a trainee at the TVB artist training programme in 1979 after leaving secondary school. He married Chan, whom he met there, in 1987 and they had three sons. 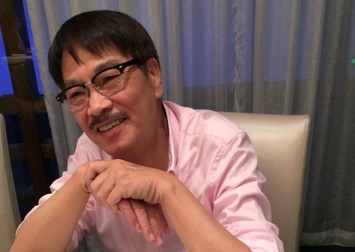 The youngest died at the age of five in 2006 after a three-year battle with leukaemia. The couple’s other two sons are aged 22 and 26.

His agency said the family had thanked medical staff for their care over the past few months, as well as the care and blessings from public and the media.

“Although the family was reluctant to [part with him], they are still expecting to meet him again in heaven in the future,” the statement said.