Hong Kong singer Mike Tsang on performing with George Lam, his new album, and who he would love to collaborate with

Hong Kong singer Mike Tsang Pei-tak has taken mainland China by storm with multiple electrifying performances on Infinity and Beyond, the new Cantopop singing contest that pits music legends against rising talents for a spot on an ultimate compilation album.

The 28-year-old introduced himself to the mainland in May with a funky take on the 1984 classic First Love by Samantha Lam Chi-mei, which became that evening’s highest-rated performance, as well as a trending topic on Chinese social media platform Weibo.

Hong Kong, on the other hand, has been familiar with Mike since 2019, when he finished eighth in King Maker, ViuTV’s reality TV music show that also created local boy band Mirror. But it wasn’t overnight success for Mike, who had spent eight years singing at events, restaurants, weddings and shopping malls before getting his big break.

“It was a joyful time. I was hoping to become a professional singer, so every performance was an opportunity for me to introduce myself to the public,” Mike told the Post. “I was able to train my performing skills, while also interacting with people and sharing my joy with them through music.”

Mike graduated from the Hong Kong Design Institute’s digital music and media programme and worked as a sound engineer alongside his singing gigs, which benefited his blossoming music career.

“All singers have different styles, but to clearly project one’s voice is a difficult task [for all],” he said. “[My work experience] helped me to identify my most enjoyable sounds, which then allowed me to perform in my most comfortable state.”

Mike’s debut single I Am Not Even, released in Jan 2021, has been listened to 5.6 million times on Spotify, and topped the charts of three of Hong Kong’s five largest broadcasters, a feat that very few new artists have accomplished.

“[Making an album] is an ambition that I’ve always had,” Mike said. “The purpose of Mike is for me to introduce myself to the world, then I hope to gradually explore my favourite genres, like R&B and funk music.” 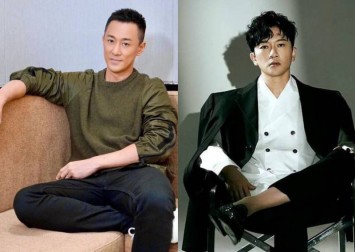 Naming The Weeknd, Bruno Mars, Brian McKnight and fellow Hong Kong singer Panther Chan Lui as his inspirations, Mike has a bucket list of artists he would like to collaborate with, including fellow Infinity contestant Bibi Zhou and disco icon Rose Zhang Qiang, who was named one of the world’s most popular singers by Time magazine in 1986.

“She is a very playful and approachable veteran, and I’ve loved her songs even before meeting her in person,” Mike said. “I would truly have no regrets if I get to work with her.”

On Infinity, the largest platform he has been on since debuting, Mike shared the stage with legendary singers George Lam Chi-cheung and Coco Lee Wen, who he grew close to during filming.

“Collaborating with Lam was a huge honour of mine. He is a national treasure yet still very laid back and very willing to share his expertise with me,” he said, adding that he has a sibling-like relationship with “fellow extrovert” Coco, who was the first Chinese singer to perform at the Oscars, in 2001.

Originally from Shanwei, a city in China’s Guangdong province, Mike paid an emotional visit to his hometown when it was filmed for showing on Infinity. His cousin’s family, including young nephews whom he met for the first time, could not contain their excitement when he arrived.

“The last time I saw them was over 10 years ago. I was anxious not knowing how they’ve been,” Mike said. “But it was such a heartening experience because all the places that I was familiar with were still there, and the ambience of family was still there.”

More music — both in Cantonese and Mandarin — is in the works, he said.