Hong Kong television star Mat Yeung Ming has reinstated his guilty pleas on two driving offences after dropping an application to disregard his previous admissions over a car crash in Mid-Levels last year.

Yeung, whose real name is Lam Ming-lok, on Thursday (Oct 21) pleaded guilty for the second time to charges of careless driving and illegally tinting his car windows, and was granted a bail extension by Eastern Court ahead of sentencing next month.

The 40-year-old TVB actor lost control of his black Mercedes on Magazine Road in the early hours of Aug 8, 2020, and smashed into a road sign.

In December last year, he admitted the two motoring offences, but denied a third of failing to provide a blood sample, a drink-driving-related offence which he was acquitted of following a trial this March.

But on the conclusion of that trial his lawyers immediately applied to reverse his two guilty pleas on learning he could be jailed, before he confirmed on Thursday that he would accept liability for both offences.

The March trial heard that Yeung reeked of alcohol when two policemen carried him from the vehicle. He was said to be so confused that he needed to be put in a straitjacket for a medical examination at Queen Mary Hospital.

But Magistrate Daniel Tang Siu-hung acquitted Yeung of failing to provide a blood sample after finding he was unable to understand police demands. He ordered him to spend three weeks behind bars pending sentencing for the other two.

Just as prison officers were about to take Yeung away, Tang allowed him to retract his guilty plea on the basis that his counsel at the time, Cheng Huan SC, admitted misleading his client into believing he would be spared jail.

Prosecutors lodged an appeal against the magistrate’s decision to allow Yeung to back out of those pleas.

But at a review hearing in July, Martin Hui Siu-ting SC, another defence barrister, said Yeung had decided to stand by his initial decision to plead guilty to the two offences.

In mitigation on Thursday, Hui said Yeung had chosen to take responsibility for his wrongdoing, and was willing to compensate the Lands Department for the damage caused. 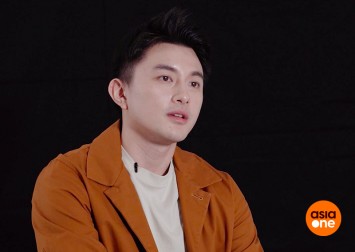 “Because of the present case, the defendant’s reputation has suffered and has encountered setbacks in his job,” he said.

The lawyer urged the court to consider non-custodial sentences, pointing to cases of drink-driving where defendants were either fined or given a community service order.

He also asked the court to disregard Yeung’s past convictions, most of them traffic-related, as they were committed at least 15 years ago.

Prosecutor Jonathan Man Tak-ho urged the court to consider during sentencing the potential consequences of Yeung’s driving manner at the time of the offences.

Tang extended Yeung’s bail until sentencing on Nov 4. Careless driving and unlawfully reducing the visibility of car windows are both punishable by six months behind bars and a fine.

Yeung is known for roles as police officers in multiple TVB dramas, including the latest 2021 series Shadow of Justice. He has also filmed crime prevention and recruitment promotion clips for the force.