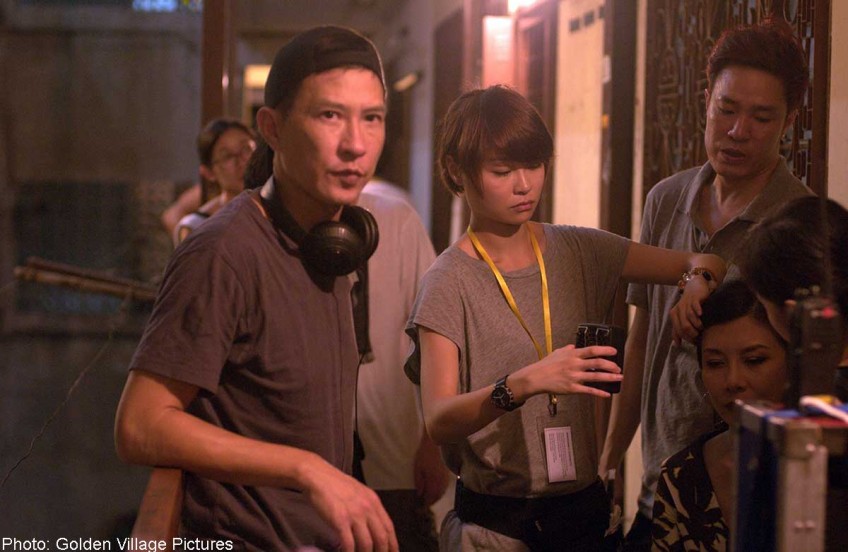 Nick Cheung on set during the filming of Hungry Ghost Ritual.

As the Hungry Ghost Festival approaches and opening day draws near, he starts seeing ghosts and strange things occur.

What do they want and are they all linked to the flashback story of what happened with the troupe's former star (Carrie Ng)?

Award-winning actor Nick Cheung takes a stab at horror in his directorial debut. And the results are not pretty.

For a horror film to be effective, the film-maker needs to have a strong grasp of mood and pacing. It is a tall order for any director.

The scares here are of the generic variety, seen in every other horror flick, and Cheung falls back on an irritatingly intrusive score to shout: "Watch out".

The cribbing extends to Western works as well.

After the success of the Paranormal Activity movies, it appears that closed-circuit television monitoring is now de rigueur when things go bump in the night.

What happened to calling ghostbusters or the friendly neighbourhood exorcist?

Demonic possession rears its ugly head in the movie. But when those afflicted act in an obviously robotic manner no one seems to realise that something is seriously amiss.

Also, why is it that when someone gets possessed the first order of business is to demonstrate some advanced yoga position?

The story does not make much sense. Even when a key piece of family history is revealed at the end the motivations remain unclear.

When not messing about with ghosts, the film makes use of the opera troupe setting to offer some tidbits on the traditions of the trade.

For example, when writing the character "ji" (luck) to put up as good-luck charms, the character is intentionally left incomplete. Otherwise, it is seen as sealing up the mouths of the performers.

The movie might well have been more interesting if it had simply explored what goes on in an opera troupe in detail. But maybe it was a case of Cheung being spread too thin as he also plays the lead role here. The part of Zonghua is unlikely to result in additions to his trophy cabinet though.

Still, regardless of how the film does, he will always have his acting day-job to fall back on.