How Bollywood is facing up to India's ugly prejudices

Films on subjects such as menstrual health, sexual violence, same-sex marriage, erectile dysfunction and open defecation are not what one generally associates with India's modern-day Bollywood film scene.

Recent years, however, have seen a resurgence of socially conscious cinema in India with a slew of films that portray real issues people face and question established societal norms and prejudices.

"From the 1950s to the 1970s, Indian cinema was rooted in the reality and struggles of the ordinary man's life - fighting poverty, the caste system and class divides," says screenwriter and director Hitesh Kewalya.

"Soon, escapism overtook realism and the next two decades were dominated by meaningless song-and-dance movies."

Using humour, satire and drama, these new movies delve into human stories that explore modern society and start difficult conversations on subjects that have long been taboo.

"The appeal of these films is that they combine entertainment with social issues and this has struck a chord with audiences," Kewalya, 39, says. "Not only are these movies finding critical acclaim and attracting top acting talents, many are also achieving box-office success." 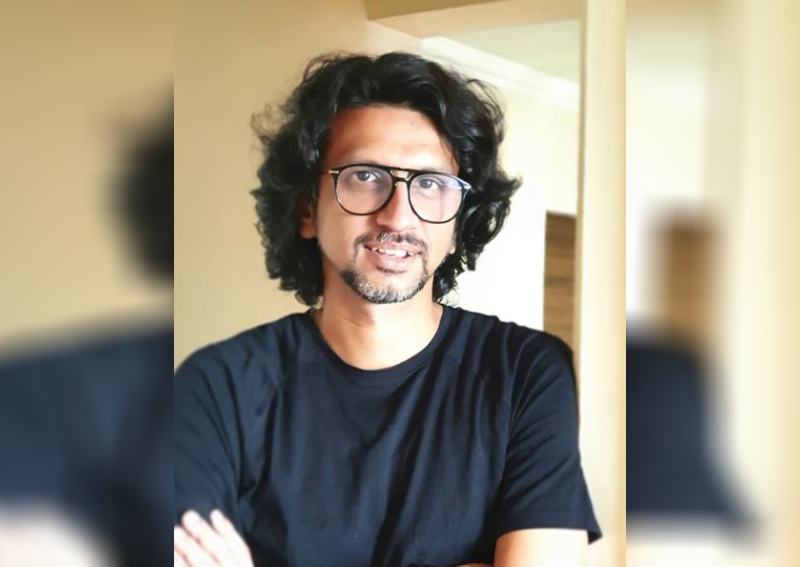 Two superstars who have made a significant impact in promoting this trend, both as actors and producers, are Aamir Khan and Akshay Kumar.

Khan, 55, hailed as Bollywood's leading progressive, shot to international stardom on the back of heartfelt social films. His 2007 directorial debut Taare Zameen Par (Like Stars on Earth) explores the life of a dyslexic child, shattering long-held beliefs and prejudices about the disorder.

The blockbuster 3 Idiots (2009), in which he stars, examines the pressures of the Indian education system through the story of three friends in engineering college.

In PK (2014) Khan plays an alien stranded on Earth; through his confusion and experiences the film questions the rituals and absurdities of religious superstition prevalent in India.

In Dangal (2016), a biopic about an amateur wrestler and his quest to train his daughters to become India's first world-class women in the sport, the focus is on female empowerment.

Khan's films have been hugely popular in Hong Kong and in China, where he is fondly called "Uncle Aamir" by millions of fans. Chinese fans especially helped Dangal become the highest grossing Indian film of all time, with 60 per cent of its global box-office takings of over US$300 million (S$415 million) coming from China.

Kumar, 52, has transformed himself from an action star into a socially conscious actor with box-office hits such as 2017's Toilet: Ek Prem Katha (Toilet: A Love Story) and Padman (2018). 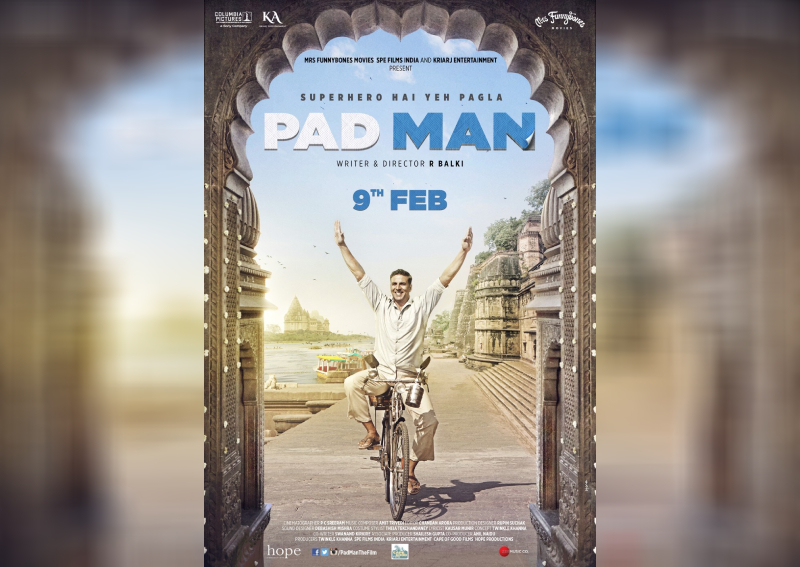 In doing so he improved menstrual hygiene for millions of women in India, and challenged taboos around the subject, against a background of more than 200 million women in India not having access to menstrual sanitary products, according to India's 2015-16 National Family Health Survey.

"The purpose of a film is to engage the audience. People don't go to watch a movie to be preached at," says R. Balki, 56, who wrote and directed Padman.

"However, through a combination of skilful storytelling, and the appeal of a mainstream actor like Akshay Kumar, Padman was able to highlight the plight of women in rural India and move the audiences.

"Satire and humour soften the path for introducing taboo subjects, making it easier to draw them out of the closet. Humour makes conversation light and a subtle approach helps the audience relate to the issue at hand," Balki adds. 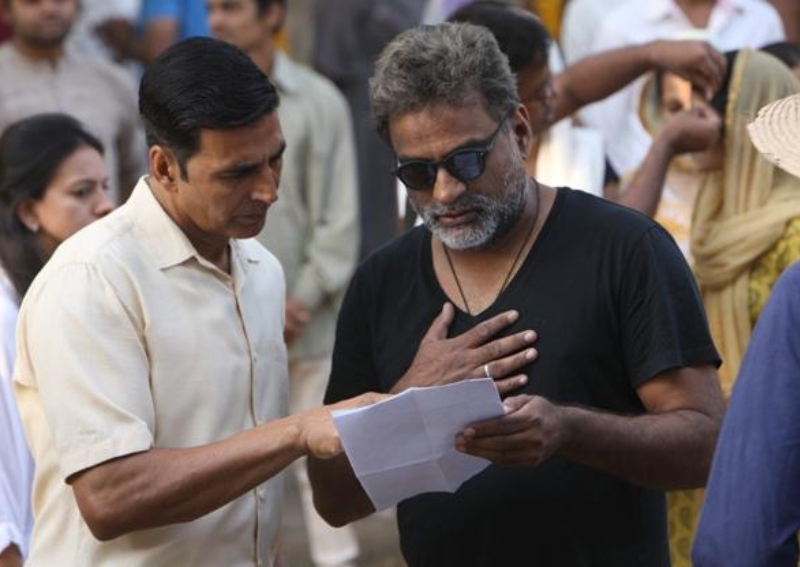 Toilet: Ek Prem Katha is a story of a newly married couple in a rural town where the bride leaves the home of her husband (played by Kumar) because she cannot abide the community's practice of open defecation.

She doesn't return until her husband builds a toilet for her, against the will and religious sensitivities of his father.

Against the background of an ongoing well-publicised national drive in India to eradicate open defecation, the comedy captured the zeitgeist and has become Kumar's most successful film to date.

(An estimated 88 million people are still unable to use modern sanitary toilets in India, according to the National Annual Rural Sanitation Survey 2017-18.)

Ayushmann Khurrana, 35, is an actor who has consciously chosen to act in movies highlighting social issues and his films have been hugely popular.

In his debut, Vicky Donor (2012), Khurrana plays a young sperm donor. In 2017's Shubh Mangal Saavdhan (Be Careful of Marriage), he plays a newly married man plagued by erectile dysfunction, and in Bala (2019), a young man coming to terms with premature balding.

His newly released comedy, Shubh Mangal Zyada Saavdhan (Be Extra Careful of Marriage), explores the sensitive topic of gay marriage. He plays a homosexual in a live-in relationship with his partner, whose family dismiss same-sex love as a disease and try everything including blackmail, shaming and threats to break up the relationship. 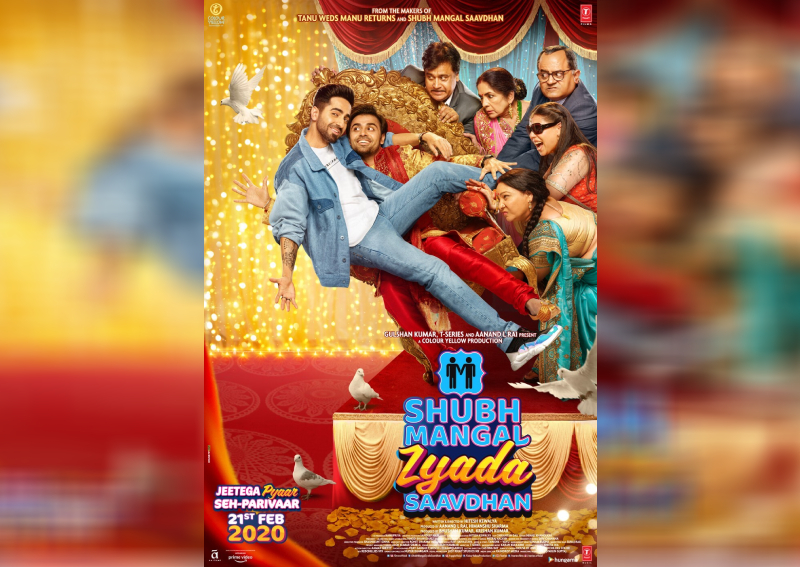 "The film is my attempt to address homophobia more than homosexuality," says Kewalya, the film's writer and director, who was inspired to explore the subject after seeing LGBT friends struggle for acceptance from society.

He was writing the script when India's Supreme Court decriminalised homosexuality in a landmark 2018 judgment.

"Our society avoids conversations around sexual orientation, and people don't believe that homosexuality may be a truth in their own homes.

I want people to understand that sexuality is a spectrum and we should let people define their own sexual identity. I wanted people to recognise their prejudices and be able to laugh at them. Using humour made it easier."

The 2020 film Thappad (Slap) tackles domestic violence and the entrenched nature of patriarchy in Indian society. Filmmaker and director Anubhav Sinha, 55, explores the tough subject in a sensitive manner. 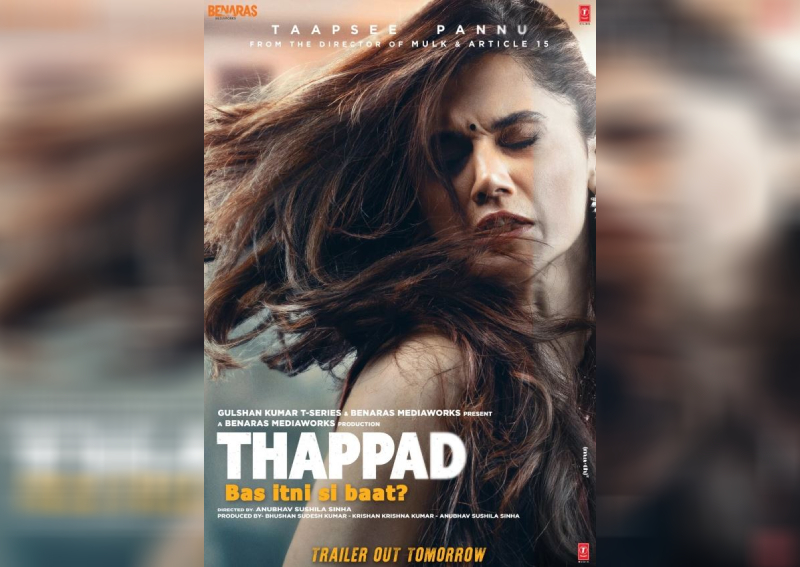 Thappad is the story of Amrita, a homemaker who is happy caring for her husband and ailing mother-in-law.

She thinks of herself as her husband's equal in all respects until, one day, inebriated and frustrated from a setback at work, he slaps her in a sudden fit of anger at a party.

The picture explores how society views domestic violence through the reactions of the people in Amrita's life, including family members, to the "slap".

The true beauty of the film lies in how Amrita's own reactions unfold - first the shock, then introspection and finally the loss of self-respect. A few months later she asks for a divorce.

Through the film Sinha delivers the message that women are not their husband's property. In a society where domestic abuse is rampant, across economic strata and age, it raises pertinent issues on expectations from women in society.

"Domestic violence disturbs me. What disturbs me more is that it has been normalised by society and we don't talk about it," says Sinha, who was pleasantly surprised by the film's widespread popularity.

"I wanted the viewers to start a discussion about it, to recognise their denials and face up to their complicity. I wanted men to cry watching the movie. Women have cried about it for centuries."

Another successful movie that portrays sexual violence is Guilty (2020), written by three women and directed by one. The film is set on a campus where a scholarship student from a small town accuses the college heartthrob of rape on Twitter.

The victim had dressed provocatively and openly made overtures at the accused, raising pertinent questions on whether dressing seductively and flirting are "come-ons" that can justify sexual aggression. 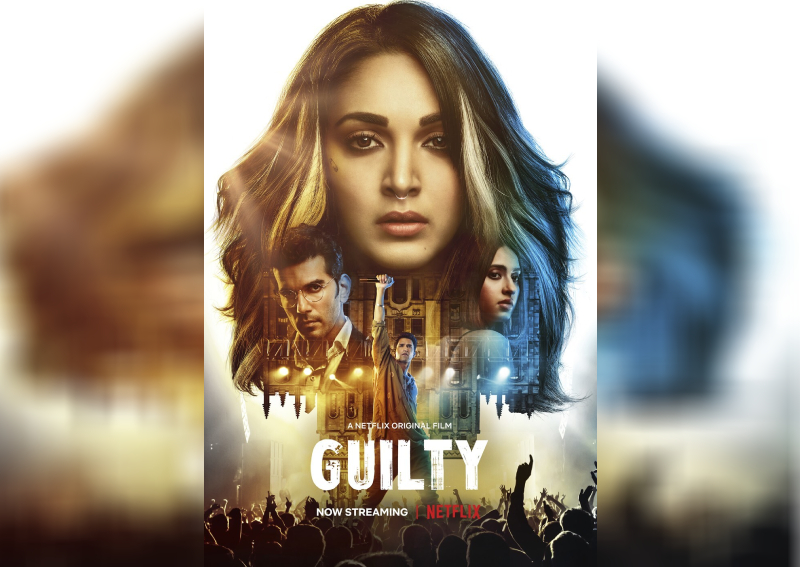 The story unfolds as a mystery as the accused's girlfriend navigates various versions of the story in search of the truth, and in the process faces her own past of sexual abuse.

"I wanted to make a film on misogyny and show how we have all contributed to the creation of a misogynistic society," says director Ruchi Narain, 44. "Sexual violence to me is the most extreme manifestation of misogyny. I wanted to acknowledge the MeToo movement, which was liberating for me, and hence used Twitter as a platform in the film for the alleged victim to accuse the rapist.

"As a filmmaker, if I have been able to evoke a moment of reflection on what gives society permission to engage in sexual violence, I feel I have been successful."

If popular cinema is a reflection of society, then the commercial success of movies like Guilty, Thappad and Shubh Mangal Zyada Saavdhaan is evidence of a modern India that is not scared of holding up a mirror to itself and facing the ugliness of long-standing prejudices and injustices.