How BTS, Blackpink give back through their charitable causes

K-pop supergroup BTS reaffirmed their commitment to the “Love Myself” anti-violence campaign in partnership with Unicef this month.

The world may be in a chaotic state, but many K-pop stars are hoping to make it a better place by supporting causes ranging from social justice and climate change to coronavirus pandemic relief.

K-pop stars and their fans have a long history of charitable giving and supporting causes that are important to them.

In the past, forests have been restored and schools been built in the names of K-pop stars, while donations made by, and in the name of, K-pop stars have improved the lives of many people both in South Korea and around the world.

A recent high-profile example came last year when BTS and their Army fandom made news after the band donated US$1 million (S$1.35 million) in support of Black Lives Matter. Their fans also rallied to donate and matched the BTS sum within 24 hours.

But that was far from the first – or last – time BTS and Army adopted a charitable cause: in the first week of March, they reaffirmed their commitment to the “Love Myself” anti-violence campaign in partnership with Unicef, the UN’s children’s fund.

Since 2017, the Love Myself campaign spearheaded by BTS and their management company, Big Hit Entertainment, has raised nearly US$3 million to improve the lives of adolescents across the world, and the recommitment arrives as the world enters the second year of the Covid-19 pandemic. 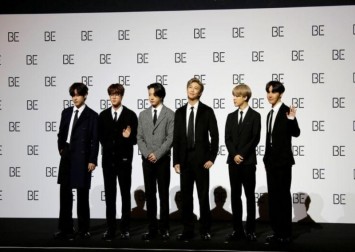 The band teamed up with the Prudential insurance company for the pan-Asian initiative “We Do Well Together” to motivate and inspire wellness and mental health, with a variety of tie-in collaborative promotions and music set to arrive in the coming months.

Other stars, including Eric Nam and Jae Park, are also spearheading conversations about the importance of taking care of mental health.

Nam was recently involved in the launch of an app called Mindset which features entertainers talking about mental health and wellness.

Beyond well-being, a recent important cause picked up by girl group Blackpink is climate change.

In February, the quartet began promoting the UN’s 26th climate change conference (CO26) through a video titled “Climate Action in Your Area”, a reference to their tagline, “Blackpink in your area”.

CALLING ALL BLINKS: CLIMATE ACTION IN YOUR AREA! #COP26

These K-pop acts, and many others, have spearheaded various other social justice and wellness causes, and conversations around these issues are growing.

For example, soloist Chungha has also taken up sustainable packaging for her recently released album Querencia. K-pop merchandising, and the lack of ecologically friendly products, has recently become a popular talking point in the industry as people seek to go greener and reduce waste and energy inefficiency, while still maintaining sales and revenue.