Batman swoops over Hong Kong’s Central district in a scene from The Dark Knight, which failed to impress China despite its makers’ intentions.

Christopher Nolan's The Dark Knight (2008), the second film in his Batman trilogy and his tour-de-force sequel to Batman Begins (2005), is a film of echoes and opposites.

As a superhero movie, it pits good against evil. But it's also unafraid to blur the line between the two, mimicking the moral complexities of knotty 1970s cinema.

Gotham playboy Bruce Wayne (played by Christian Bale) leads a double life as the crime-fighting vigilante Batman, but his methods are highly questionable.

The heroic DA Harvey Dent (Aaron Eckhart) becomes the villainous Two-Face after he is almost killed by The Joker (Oscar winner Heath Ledger). "You either die a hero or you live long enough to see yourself become the villain," says Dent, acknowledging how closely the two are linked.

One of many subplots involves Lau (Chin Han), a corrupt Chinese businessman who makes Gotham's criminal factions an offer they can't - but should - refuse.

Rather than losing their money to the interfering Batman, Lau suggests giving it to him so he can launder it in Hong Kong. "The Chinese will not extradite one of their own," he smarms. Not that Batman has any such qualms, paying Hong Kong a flying visit to bring Lau back to Gotham, and justice.

The official line is that writer, producer and director Nolan wrote some of the script while visiting Hong Kong, and wanted to take Batman out of Gotham for the first time. But it's also easy to suspect a degree of tactical positioning.

Though not an official Chinese-American co-production, the film was produced by Legendary Pictures, which was bought by a Chinese conglomerate in 2016. Meanwhile, the potential Chinese market for the film was huge, so why not meet them (more than) halfway by shooting in Hong Kong?

Like Gotham, Hong Kong has a forbidding, comic-book skyline and is home to grafters - and grifters - from across the globe. It's no stranger to organised crime, either. It's also a monument to monetising skills - whatever they may be.

"If you're good at something, never do it for free," advises The Joker, which could almost be Hong Kong's motto.

You can certainly imagine Wayne enjoying the expat lifestyle in Hong Kong, moving from the boardroom to restaurant with a ballet dancer in tow. All the same, there's something thrilling about seeing Wayne and Lucius Fox (Morgan Freeman) on the Mid-Levels escalator.

The locals agreed. "In all the days I've spent in movies I've never seen so many people out to see movie stars on the street," said cinematographer Wally Pfister in The Art and Making of The Dark Knight . "Thousands of people came to see us shooting that scene."

The real money shot, however, shows Batman standing on top of IFC2 before swooping down through the skyscrapers. Unfortunately, the shoot was rather less smooth.

"The Chinese government was a nightmare in terms of filming stuff," said Pfister. "They wanted to limit the amount of helicopter activity over the city." 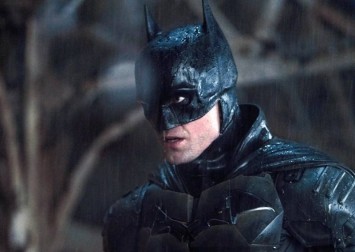 This was just a hint of the trouble to come. Locations aside, the movie is unapologetically critical of China. Lau is a liar and a crook, and when Dent is faced with a misfiring gun he jokes, "Made in China? If you want to kill a public servant … I recommend you buy American."

A statement from Warner Bros read: "Based on a number of pre-release conditions that are being attached to The Dark Knight , as well as cultural sensitivities to some elements of the film, we have opted to forgo a theatrical release of the film in China."

Not that this deterred the criminals. In a coda worthy of Nolan himself, The Dark Knight went on to become one of the most bootlegged films in the country. Where's Batman when you really need him?