How Edison used Lydia Sum's death to cover up scandal 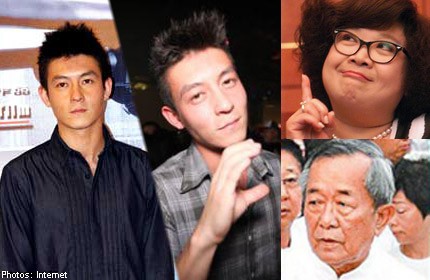 HONG KONG - Hong Kong actor Edison Chen capitalised on the death of veteran star Lydia Sum to lessen the impact of his nude photo scandal with several actresses some five years ago.

The move was said to be on the advice of spiritual adviser Master Chou Kin Nam, popularly known as Bai Long Wang who died in Thailand last week, reported China Press.

Chen had earlier wanted to hold a press conference to clarify matters after news spread like wildfire about his alleged scandal with several actresses on Jan 27, 2008.

However, Media Asia studio head Peter Lam, who is the owner of Chen's management company, asked him to seek advice from Master Chou in Thailand. Master Chou then advised Chen to be patient and to speak to the press on or after Feb 21.

On Feb 19, 2008, Sum breathed her last. Chen subsequently returned to Hong Kong two days later to talk to the press. By then, the press was distracted from the sex scandal as they were busy covering the death of the veteran actress.

During the then-press conference, Chen announced he would quit showbiz after his liaisons with several A-list female celebrities, including Cecilia Cheung, became public.