The Asian diaspora in the West often rejoices when Eurasian faces find success in the entertainment industry.

Henry Golding, known for his role in Crazy Rich Asians, and Andrew Koji, star of HBO's Bruce Lee-inspired series Warrior, have both seen their lead roles celebrated as victories for diversity.

And while most, if not all, Eurasian celebrities recognise the role they play in increasing representation, the warm welcome they receive after finding success hasn't always been a constant throughout their lives.

For some, growing up with parents of different nationalities has provided a window into multiple cultures and communities. But for others, there are stories of cultural clashes, identity crises and, sometimes, isolation as they attempted to fit in with their Asian peers while growing up.

When the South China Morning Post caught up with Koji earlier this year, the British-Japanese actor explained that his Eurasian identity was something he'd long struggled with.

"I ran away from it for a long time. I think a lot of Eurasian people have, because they feel like they don't belong in either culture," he says.

Koji, who also stars alongside Brad Pitt in upcoming action thriller Bullet Train, said the features of Eurasian actors, whether they were more Eurocentric or Asian, could limit the kind of roles they were offered.

"This industry that we're in unfortunately caters towards looks a lot, and I guess I'm lucky or blessed that I pass as Asian enough for certain things and not Asian enough for others," he says.

"It is a tougher thing to negotiate because it's true: you don't fit in any box. You don't necessarily fit in the Asian box or the Caucasian box. I've noticed this with many of my peers - if they are mixed race, [being typecast] is something they are very conscious of."

One of Hong Kong's best-known international models has had experiences with being typecast.

"It's really interesting because I started my career in Asia and I was always told, 'You're too Western'," says model turned muay thai fighter Mia Kang .

The 32-year-old, now based in the US, is not only Eurasian but also a third-culture kid - she is the youngest child of a British father and Korean mother who met at an international school in Taiwan. "When I moved over here [to the US], they didn't say anything other than 'You're Asian'."

For Kang, having her background and culture questioned has been a constant throughout her life. "Since I can recall, I always felt different," she says.

Being Eurasian in a school of mostly Hong Kong Chinese or European children led to bullying and isolation, she said. It also, in part, led to an eating disorder.

Kang wrote about her lonely childhood, bullying and addictive tendencies in her book, Knockout, published last October. She writes that when things were tough, she turned to food.

"However fleeting, each bite was a little boost of dopamine. Eating gave me emotional comfort - so much so that I became reliant on it," she wrote.

The bullying continued up until about the age of 13 when she became a model after her disorder resulted in her dangerously losing weight. Overnight she went from being treated differently to being "cool".

"It's super surreal," she says. "They then treated me like I was invincible, but basically the only difference between the two different lives that I lived was that I lost a whole lot of weight."

To this day, Kang is regularly forced to defend her ethnic make-up. "When people ask 'Where are you from?, I always say Hong Kong. They always respond, 'But you don't look Chinese and don't speak Chinese'. This makes me wonder: What's the criteria for being from somewhere?" she asks.

"I consider myself to be an Asian woman and I identify strongly with my Asian background, and that doesn't depend on what others see."

For Indonesian actor Arifin Putra, 33, star of HBO series Halfwords, about a parallel world of mythical creatures in Jakarta, growing up Eurasian provided a lot of opportunities. But there have also been a few wake-up calls along the way.

Born in Germany, Putra and his family moved to Jakarta when he was three years old. He grew up speaking German at home and later attended a German international school.

"My father's logic was that since we are already in Indonesia, 'I want to keep some German heritage'," he says.

His mother, who spoke to him in Indonesian, was well versed in German. "She's so fluent so she speaks English with a German accent," he says. It's an upbringing he describes as "bit unorthodox".

"This way you do live in a certain bubble, so to speak," he explains. "I pretty much had only international friends." Putra's career as an actor kicked off at the age of 13 when he attended an event for extras with his sister.

"Once I started acting the other students were kind of fascinated with it but they also saw it as a weird thing," he says. "That was until I did some work with MTV. It was still a big thing back then."

"I can assume that… as a Eurasian in Western countries… you're seen as something different."

Acting helped break Putra outside of his international bubble, he says. "I thought my Indonesian was good, but only later I found out it was actually quite bad," he says. 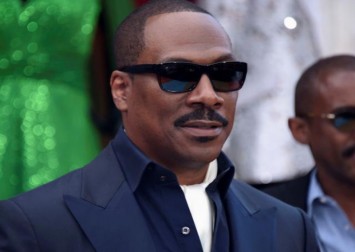 "The crew had a field day with me. I didn't even realise they had fun with me. For me it was baptism by fire - that was my Indonesian school."

Being Eurasian has opened the door to jobs in Singapore, Brunei and Hong Kong, Putra says. "These jobs came along because I don't exactly fit one geography. I guess I have a pan-Asian look," he says.

Ultimately, he says, Indonesians are welcoming of other cultures. "In Indonesia there are 200 to 300 tribes. All these cultures are put together in this one melting pot.

"I guess they are used to people speaking different languages and looking different. But I can assume that… as a Eurasian in Western countries, it's probably different and you're seen as something different."

Asked if he identifies as either culture, Putra says it's difficult to say. "That's a tough question. My passport says Indonesian but if you honestly ask me, I cannot say I'm one or the other, I'm definitely in between."