'It was all fake?' Wang Leehom's female fans find their dreams crushed

"He played the role of Kuang Yu Min, a patriotic and righteous Chinese college student," she said. "His role required him not to take advantage of the situation by having sex with [co-star] Tang Wei. That left an impression on me, as it appeared to mirror him in real life as no scandals had been associated with him."

Chong's rosy mental image of Leehom fell apart on Wednesday last week, after he announced that he'd filed for a divorce from his wife — who swiftly responded with an Instagram post that laid out a list of his past indiscretions that included emotional abuse, serial cheating and visiting sex workers.

Jinglei also claimed that Leehom had cheated on her with men and women, both before and during their marriage.

Following the expose, Singaporean singer Yumi Bai of By2 and Taiwanese singer-actress Vivian Hsu publicly denied that they were Leehom's "friends-with-benefits". The saga deepened after Leehom's father put out a handwritten note claiming that Jinglei had used pregnancy to force his son into marriage.

Jinglei, who has kept a low profile for most of the couple's eight-year marriage, reacted with a detailed rebuttal of the claims made by Leehom's father, and gave her estranged husband until 3pm on Sunday to apologise — even warning of legal action if the famous crooner did not comply.

Leehom eventually issued an apology on Monday, saying he would give no further explanations or try to defend himself.

"I didn't manage the marriage properly, caused trouble to my family and didn't maintain the public image that an idol should have. It was all my fault," he wrote on Facebook.

Tan Li Jing, a 29-year old account manager in Singapore, said her initial sadness at Leehom's divorce turned to shock after the revelations about the singer's marital infidelity. 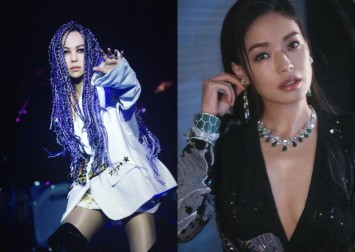 "I felt that I got duped too, because what she described was the total opposite of the image he had portrayed to the public. Leehom styled himself as a bai ma wang zi (prince charming)," she said. "You're telling me it was all fake?"

Tan thought Jinglei was being overly dramatic at first, until Leehom apologised — which she said was "basically an admission of guilt". What really hurt, Tan said, was Lee's comments about how she was always either pregnant, recovering from pregnancy or preparing to give birth during her eight years with Leehom. The couple have three children — two girls and a boy, all younger than seven.

"I really felt for her — maybe it's a woman thing, but I'm rooting for her," said Tan, adding that she grew up listening to Leehom's songs.

"He was always this 'Nice Guy 101'. But I don't think I can sing Forever Love again. He has ruined the song for me," Tan said, referring to one of Leehom's most popular hit singles.

Equally disappointed was Amy Lim, a 32-year old communications manager from Singapore, who said she "used to really like Leehom", having sung his songs at karaoke.

"He can play many musical instruments, is bilingual, undeniably good looking, well-educated, attended good schools and came from a good background," Lim said, adding that she rooted for Leehom's team when he was a mentor on Sing! China, a televised singing competition.

"He is very musically inclined and I felt he mentored his students professionally," Lim said, adding that it was disappointing that Leehom never admitted to his wrongdoings, nor addressed his soon-to-be ex-wife's allegations.

"His apology seemed half-hearted at best. All these years, he portrayed the image of a good husband. It was shocking to read [Jinglei's] expose, and to find out about Leehom's true colours," she said.

Ariel Wang, a 34-year-old cafe owner in Singapore who originally came from Taiwan, said she felt that Leehom was trying to manipulate the facts in his favour, "when it was clear from what his ex-wife had presented that he had done something wrong."

"Leehom's saga is arguably worse than what happened to Show Lo, who was not married, had no children, and never styled himself as a squeaky clean guy," Wang said, referring to the Taiwanese celebrity who was accused of infidelity by his Chinese influencer girlfriend. "I was turned off at how fake Leehom's image had been." 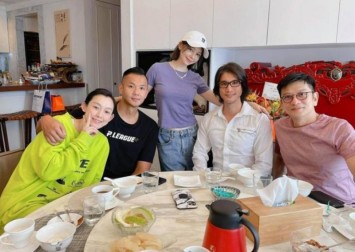 Patcharee Ratanaporn, a 42-year old housewife from Thailand, said what disgusted her the most were allegations that Leehom had tried to prevent Jinglei from getting a fair share of his assets in the divorce.

"He is so fabulously wealthy, yet he's afraid that the woman he once loved and married is out to fleece him when she is legally entitled to child support, alimony and even half of his assets upon divorce," Ratanaporn said.

Leehom initially refused Jinglei's request that he give the mansion in which they live to her and the children, saying that he could "loan" it to her but it should be returned when the children grow up. But after a public outcry, Leehom announced he would hand over the condominium on Renai Road in Taipei, worth some NT$480 million (about S$23.5 million), to Jinglei.

Hsin-I Sydney Yueh, an associate communication studies professor at Northeastern State University in the Us state of Oklahoma, said it was understandable that a whole generation of female fans would feel disillusioned, given Leehom's popularity since the late 90s.

He had presented himself as the perfect, family-oriented man, she said.

"But when his fans found out that he was just a playboy like other irresponsible men, their disappointment doubled," Yueh said, adding that Leehom's father getting involved only served to make the singer look like a "daddy's boy". 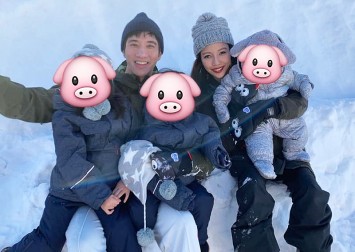 Yueh said that Leehom's appeal stemmed not just from his talent, but also his bicultural background and bilingual abilities - or a certain "Chinese-American image" — alongside other entertainers with similar backgrounds such as Taiwanese boy band F4.

"[F4 and Leehom] might be the first breed of bilingual Asian stars. Although their popularity might reach other regions, their influence is [mostly] still limited to Asia," Yueh said.

Leehom was born in New York to parents who moved to the United States to further their college studies. He majored in music and Asian studies and graduated with honours from Williams College, before entering Berklee College of Music's professional music programme.

At the US-Asia Entertainment Summit in 2019, Leehom was called the "King of Chinese Pop" who had revolutionised the music scene with an evolving blend of pop, hip-hop, R&B, and traditional Chinese music ranging from aboriginal folk music to Peking opera, by Asia Society, a global non-profit organisation.

Yueh said Leehom's reputation had already taken a beating in Taiwan after he shifted focus away from the self-ruled island.

"He was knocked off his pedestal as the 'perfect idol' in Taiwan since he moved his career focus to China in the 2010s," she said.

"Most Taiwanese netizens followed the news, not because they lamented the falling of the idol, but because they were amazed by his wife's clear, calm, and strategic essay to accuse Leehom's betrayal. Her public announcements could be the highly-ranked samples of a good composition." 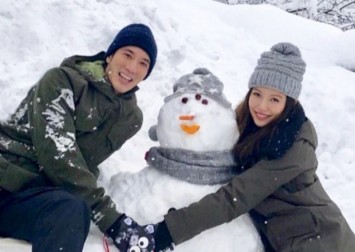 On various social media platforms, Jinglei's command of Chinese and clear logical explanations won her many fans - many of whom pointed to the importance of a good education, and strong language skills, when trying standing up for yourself — especially when dealing with an unfaithful husband.

Some argued she was mercenary and money-grabbing, but they were soon slapped with retorts such as: "but of course, how else is she going to raise the three children?" and "with no love, no trust, no marriage and three kids, money is essential — should she be asking for free tickets to Wang Leehom's concert instead?"

Xian Wang, an assistant professor in the University of Notre Dame's East Asian languages and cultures department, said Jinglei had spoken out bravely about the pitfalls and challenges of being a housewife.

"This should be an important topic for us to rethink gender inequality in modern Chinese society. It is also one of the reasons why so many women can relate to Lee Jinglei's words and experiences," Wang said.

The internet has blurred the boundaries between the virtual and the real worlds - and between private and public lives - the academic said, allowing celebrities to benefit from creating exaggerated or even "fictional ever-perfect personas to gain fans and financial opportunities".

However, these personas are difficult to maintain as social media has given netizens easy access to celebrities' private lives, Wang said, adding: "The 'painted skin' isn't going to last long."

In what appeared to be a clear reference to Leehom's case, Chinese authorities warned this week that celebrities should "pay attention to morals". Several big show business names have been blacklisted by the authorities recently for illegal behaviour.

"The recent case of the collapse of a celebrity's image has once again proven that the words and actions of public figures receive a lot of attention and their actions make an impact on society," wrote the Central Committee of Disciplinary Inspection, the highest internal monitoring body of the Communist Party. 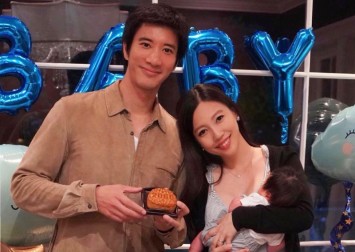 University of Notre Dame's Xian Wang said that in China, the entertainment industry is "never simply about entertainment" and has recently become "an ideological battlefield for celebrities to support the Communist Party and disseminate patriotic messages".

While in the West, celebrities' individuality is emphasised, Wang said Chinese celebrities are meant to serve as role models and further the core socialist value of collectivism.

"Disciplining celebrities is also a way for the party to strengthen its control over the media, pop culture, and the industry," Wang added.

Luwei Rose Luqiu, an assistant professor at Hong Kong Baptist University's School of Communication said that when current Chinese leader Xi Jinping took office, he emphasised that the influence of celebrities should be curbed, making it clear that no entertainment production should violate China's communist ideology, and that entertainment must serve the needs of the party.

"Most entertainment companies and artists have also chosen to go along with the state's policy," Luqiu said, adding that fandom has always been outside official control — and that the authorities have since realised that organised fan groups can be more threatening than religious or social groups, especially if they challenge the party's ideology.

"Hence, [the party] continues to tighten its grip on fan groups. The crackdown on celebrities with illegal or immoral behaviour is an example to others [as is] asking celebrities to help monitor and prevent disorderly conduct of fans," Luqiu added.

However, Yueh said "entertainers' success relies on their creativity, out of the box thinking, and sometimes, taboo breaking". "In a truly democratic society, celebrities should not be asked by the government to behave in a certain way," she said.