Action star Jackie Chan's teen daughter Etta Ng, who made waves online for coming out as a lesbian, has now taken to YouTube to plead for help.

In October 2017, Ng said she identified as a lesbian and posted pictures with her girlfriend, social media personality Andi Autumn.

Ng is the lovechild of Chan with beauty queen Elaine Ng. Although she has refused to acknowledge the actor as her father, she used his name in introducing herself in the somber video where she and her girlfriend ask for assistance on their living situation.

"Hi I'm Jackie Chan's daughter and this is my girlfriend Andi," she begins in the video, where the two appear tired and disheveled.

"We've been homeless for a month due to homophobic parents. We pretty much slept under a bridge, and other things." 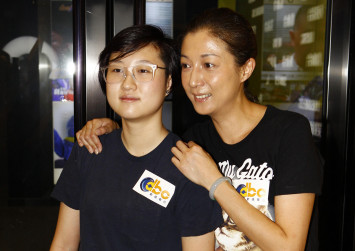 "No one on my Facebook is going to listen to me and now no one is responding to my phone calls," Andi adds in exasperation.

In a frustrated tone, Ng says, "I don't even understand. We've gone to the police, we've gone to the hospital, the food banks, LGBTQ community shelters and all of them just don't give a sh*t."

"Two people in love that share true love are trying not to get split apart and they're trying to f*ck us over just because - what, I don't understand it - I love her, I love you."

"We want to let people know what's going on because at this point it seems ridiculous that no one can help. I don't understand," she concludes. 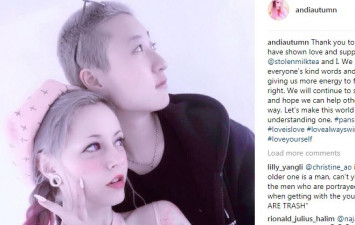 The video's caption explains that the two are reading from a paper because they have experienced posttraumatic stress disorder due to their plight.

Ng, 18, was previously supported by her mother. The two have had a tumultuous relationship, with the older Ng arrested in 2015 on allegations of child cruelty.

Ng's mother has disapproved of the video, telling on.cc that she shouldn't use her father's name to get help and that she should find work instead of filming a video if she's broke. She also claimed her daughter was not in Hong Kong and has been living with friends.