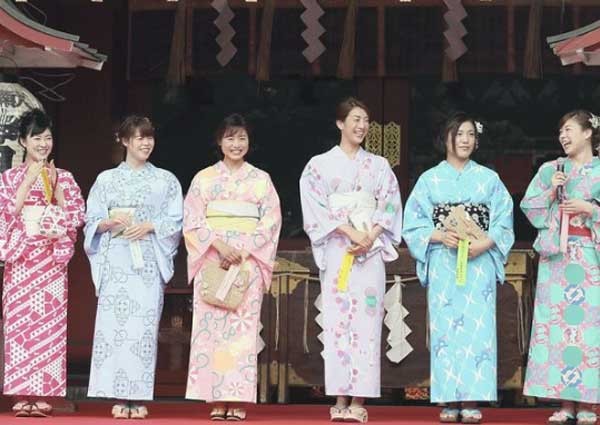 After walking a runway that had been laid out in the shrine, they wrote their hopes on paper strips for the Tanabata star festival.

Ayumi Uekusa, a karateist who wrote "Gold medal at Tokyo Olympics" on her paper, said, "I want to win the gold medal as karate became a new Olympic event."

The show was organised by an executive committee comprising Kanda Myojin, The Yomiuri Shimbun and other organisations.