Matilda Tao posted a picture of a sticky rice gift box Chou sent her for the celebration of his second child's birth, but quickly deleted it after netizens noticed a small baby photo in the box.

Chou was responding to a local tabloid in Taipei, Taiwan, which claimed that he had chosen this conception method as he suffers from the hereditary disease ankylosing spondylitis, a form of arthritis that affects the spine. 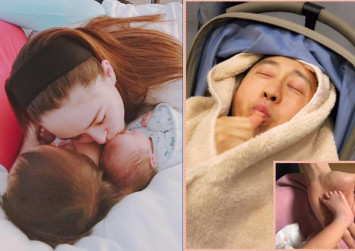 The tabloid also claimed that Chou did not want this disease to be passed on to the next generation, although the result did not come out as expected since Romeo is still found to be carrying the gene.

“We had a natural pregnancy,” Chou said.