Justin Bieber to perform in Singapore on Oct 7

SINGAPORE - Bieber fans in Singapore, 2017 is about to get a whole lot better.

Canadian pop sensation Justin Bieber will be performing on Oct 7 at the National Stadium as part of his newly announced Asia Purpose World Tour, where he will tour countries such as Japan and the Philippines.

The concert will include highlights of Bieber's album Purpose, which includes hit singles such as What Do You Mean, Sorry and Love Yourself.

The 23-year-old last performed in Singapore at the Formula 1 Grand Prix closing concert in 2013, where 12,000 fans turned up at the Padang for his three-hour long concert.

Priority sales for American Express card members opens on July 19 to 20. Bieber fan members on digital hub BKSTG can purchase tickets for the show on July 17, 10am, before the general public. 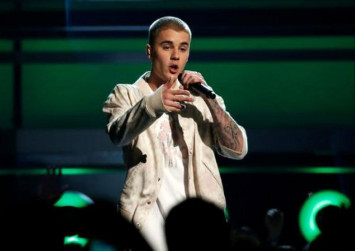