People look to entertainment for many things, but chief among them is escapism.

TV drama, in particular, invites us to shake off the stresses of our day and lose ourselves in the vicarious pleasure of seeing the downtrodden triumph and the lovelorn embraced on our screens. But not every show seeks to lift us up.

JTBC’s Lost, a new series billed as a tenth-anniversary special event for the cable channel responsible for hit shows such as SKY Castle and Itaewon Class, presents us with some very unhappy people who seem unable to improve their lot in life.

Misery and self-pity commingle in this handsome and introspective, but at times lugubrious, series that focuses on heavy themes such as depression.

Lee Boo-jung (Jeon Do-yeon) is a forty-something woman who used to work as an editor at a publishing house but is now a housecleaner for wealthy high-rise dwellers. Most of her family seem unaware of her current employment.

She is married to Jin Jung-soo (Park Byung-eun), a manager of a fancy supermarket, but whatever love brought them together seems like a distant memory by the time we meet them. Sure to complicate matters further down the road is Kyung-eun (Kim Hyo-jin), the old flame that appears before Jung-soo.

Similarly adrift is Lee Kang-jae (Ryu Jun-yeol), a suave 27-year-old man who works as a proxy for clients, either going on dates with older women looking for company or standing in for people at events such as weddings. Kang-jae lives down the hall from Boo-jung’s father, Chang-sook (Park In-hwan), who goes around collecting used cardboard for a pittance.

As the show kicks off, Kang-jae is hit with the news that his friend has just died, having apparently committed suicide together with a woman. Since there’s no one else to do it, Kang-jae and another friend organise the funeral. 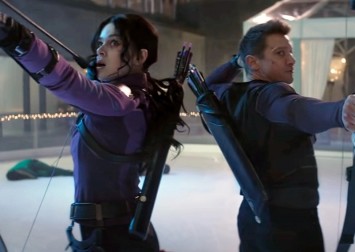 Boo-jung is also having a bad day, having been rudely talked down to by her starlet client and made to feel like a low-life by a busybody neighbour objecting to her use of the building spa.

She comes home to discover a police summons for having written malicious online comments, but only after her mother-in-law tore open her mail and read it first, setting off a spectacular shouting match.

As Kang-jae tries to tie up his late friend’s affairs, he reflects increasingly on what he feels to be the futility of his life. Boo-jung is in a similar head space, except that she has a clear target for her inner rage, as she feels wronged by the author she ghostwrote for, who is the same woman who brought the charges against her.

Boo-jung and Kang-jae begin to cross paths more, especially after Kang-jae witnesses and pities Boo-jung during some of her low moments. Before long, however, Kang-jae gets a job offer that is likely to bring them even closer together, but not for happy reasons.

Jeon Do-yeon is known in South Korea as the “Queen of Cannes” after earning the best actress award at the film festival in the French city in 2007 for Secret Sunshine.

Ryu Jun-yeol became a household name with Reply 1988 and turned into one of the country’s top film stars through roles in movies such as A Taxi Driver and Believer .

Hur Jin-ho, a director known for classic film melodramas such as Christmas in August and One Fine Spring Day, makes his drama series debut on this show, which he co-directed with Park Hong-soo, who made the film Commitment and recently served as assistant director on Hur’s last film, Forbidden Dream.

The writer of the series, Kim Ji-hye, also hails from the film world, having penned Hope and My Love, My Bride. Kim very loosely adapted the series from Osamu Dazai’s 1948 Japanese novel No Longer Human.

The Korean name of the show, which translates as Disqualified From Being Human, is the same as the original Japanese title.

That’s a lot of film talent here, and while we’ve seen plenty of film stars and directors migrate to the small screen in recent years, we would expect such an assemblage of names to be signed on to a limited series, perhaps on a streaming platform such as Netflix.

Lost, however, is a traditional 16-part drama with episodes stretching as long as 80 minutes. While the show does have a cinematic tone, the staging is quite slow.

Well shot and broodily acted, Lost has a very clear mood and aesthetic, but the wistful voice-overs and the story’s fixation on death and decay don’t make for an easy watch. The opening episodes features several suicides, a lot of people mistreating each other, and protagonists who mope through a wintry and emotional sterile Seoul.

With late summer on its last legs, the climate of the show alone clearly evokes a downbeat mood.

The question going forward is, what kind of an emotional payoff can we expect from this story?

At this point it’s hard to imagine a cathartic endpoint, and even if that were reached, it might constitute a betrayal in a show that is attempting to examine depression and social alienation.

Lost is streaming on iQiyi.

READ ALSO: The Matrix: Resurrections is a reboot that's not a reboot