K-drama review: Alchemy of Souls – no happy endings as season 1 of epic fantasy romance closes on note of anticipation

Jung So-min plays Mu-deok (above) in a still from Netflix K-drama Alchemy of Souls. Lee Jae-wook co-stars as Jang Uk.

The period fantasy action-romance Alchemy of Souls came to a grand conclusion over the weekend. The climactic moments we'd all been waiting for arrived in the penultimate episode, but the relief was short-lived.

We've known for a while that Alchemy of Souls will be returning for a second season (currently in production and slated to premiere in December).

As the finale arrived, several wild cards were tossed into the mix, tearing apart the happy endings achieved by many of the characters just a day earlier.

Chief among those was the epic romance between blind girl Mu-deok/Nak-su (Jung So-min) and trainee mage Jang Uk (Lee Jae-wook). Jung and Lee's chemistry conveyed how the pair felt about each other, even as the characters had to refrain from acting on those feelings.

This was partly because of their divergent social ranks, but also because of the secrets they shared, which grew throughout the season, putting pressure on their union even before it had begun.

After weeks of setting up a complex web of rival mage clans, backstories and shifting loyalties, the Hong Sisters – Hong Jung-eun and Hong Mi-ra, also writers of fan favourites such as Hotel Del Luna – forced everything out into the open.

With the evil mage Jin Mu (Jo Jae-yun) pulling the strings, the Jinyowon Clan attempts a coup to push out the Songlim Clan. This involves revealing the Ice Stone, which can bring people back from the dead.

Jin Mu is secretly backed by Queen Seo Ha-sun (Kang Kyung-hun), who is in fact a powerful mage whose soul shifted into the queen's body years earlier.

The coup leads to a demonstration of the Ice Stone's powers. Mu-deok is selected to be killed and brought back to life. But instead the demonstration creates an event that traps several characters in a magical storm.

Mu-deok regains her powers and plans to leave, but her love for Jang Uk is too strong. After a passionate kiss, they save the day together. The queen's identity is revealed and everything appears to be settled.

The pair plan to go away together, but Jin Mu, upon learning that Mu-deok's weak body is but a vessel for the soul of warrior sorceress Nak-su, casts a spell on her.

During the marriage of Park Dang-gu (Yoo In-soo) and Jin Cho-yeon (Arin), all hell breaks loose. The vengeful Nak-su goes on a bloody rampage that ends with her burying her sword in Jang Uk's chest.

Yet in the magical world of Daeho nothing is quite so final, and as the show's beloved characters reach their lowest point, the stage is set for season two.

At the heart of Alchemy of Souls has been Jung So-min, whose steady presence provided a middle ground between stars with acting chops such as the veteran Yu Jun-sang (who plays Songlim Clan leader Park Jin) and younger cast members, some of whose performances are rather dry.

Jung was not the first choice for the role; Mu-deok was originally to be played by Park Hye-eun of The School Nurse Files, until she left the show suddenly during pre-production.

Jung she was clearly the right choice; she brought balance to the sprawling series.

The show's highly saturated colours and video-game-style graphics suggest that the intended audience for the show skewed young, so it was no surprise that the younger characters were given precedence in the story.

Thankfully, the show left a few satisfying crumbs for a broader audience.

This included a delightful season-long courtship between Park Jin and Maidservant Kim, played by Yu Jun-sang and Oh Na-ra, who engaged in a series of droll and sheepish encounters that had us rooting for them.

The Hong Sisters relied on a complicated series of flashbacks to move their story forward.

While the narrative never falls apart, it was easy to lose track of what happened or how people and events connected to each other.

Also difficult to pin down was the magic used in the show, the rules of which often felt arbitrary. New rules or explanations would suddenly appear to force through certain plot twists.

The elasticity of the narrative and its magical fabric wasn't always convincing, but it did allow the season to end with an explosion of satisfying melodramatic excess.

The major swings and twists in the last few episodes were reminiscent of Korea's makjang (soap opera) dramas.

With its fast-paced plotting, engaging characters and resplendent wardrobe, Alchemy of Souls was a compelling escapist fantasy that helped us fly through the sweltering summer. 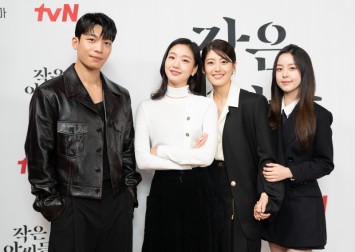 But will these magical characters keep us warm throughout the cold winter months? And besides, what is next?

A brief teaser at the end of the finale showed us plenty of action, some returning characters with new hairstyles, and the return of Go Yoon-jung as Nak-su.

A big question mark hovers over the fate of Mu-deok.

Reports have suggested that Jung So-min may not be involved in the next season, but given that Mu-deok is saved from a watery grave in the closing moments of the finale, it's hard to imagine she won't appear in some form.

Alchemy of Souls is streaming on Netflix.