South Korea is considering a ban on celebrity endorsements of alcoholic drinks, in a bid to end the glamorisation of drinking culture and cut rates of consumption among young people.

The proposed move is being spearheaded by the country's Ministry of Health and Welfare, which wants to see famous faces banished from drinks packaging and removed from accompanying advertising by as early as next year.

Kim Euk, an administrator of mental health policy at the ministry, said it had been discussing plans for a ban since last December in response to an increase in underage drinking - which rose from 15 per cent of adolescents in 2016 to 16.9 per cent in 2018, according to government statistics. The legal drinking age in South Korea is 19.

"We are expecting an advance legislation notice of banning celebrities from appearing on soju bottles and alcohol commercials by the end of December," Kim said.

As things stand, there are "virtually no restrictions" on alcohol advertising in South Korea, according to Lee Hae-kook, an anti-alcoholism campaigner and psychiatry professor at the Catholic University of Korea who has taken part in studies into the country's policies on alcohol branding.

"Celebrities can be drinking alcohol in commercials and the age of these actors is not an issue for the alcohol companies," he said.

This has created controversy in the past, such as in 2014 when K-pop star IU became the face of Chamisul soju at the tender age of 21.

When the fresh-faced songstress began appearing in advertising for South Korea's most popular brand of liquor, it prompted lawmakers to look at reviving an amendment to the National Health Promotion Law that was first proposed in 2012, which would have banned celebrities under the age of 24 from appearing in alcohol ads. 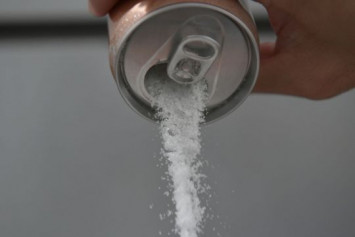 That bill never got off the ground, but the health ministry is now hoping to ban celebrities from appearing on alcohol packaging altogether, as it eyes with concern the rise in underage drinkers and an increase in the number of South Korean women who drink as well, up from 41.5 per cent in 2007 to 50.5 per cent in 2017.

Among South Korean men, the percentage of drinkers barely changed over the same period, increasing just half a percentage point to 74 per cent in 2017 from 73.5 per cent a decade earlier, according to government statistics.

Lee, the psychiatry professor, attributes the "tremendous increase" in women drinkers to a correspondent rise in female singers appearing in alcohol advertising.

Way before IU, singer, actress and television presenter Lee Hyori - sometimes known as the "Nation's Fairy" - was the face of Lotte Liquor's Chumchurum, first signing up to endorse the soju brand in November 2007.

These endorsements can provide the celebrities in question with a bumper payday, as brands have been known to shell out upwards of 20 billion won (S$22.8 million) a year for stars to appear in their advertising campaigns, according to one estimate.

And, anecdotally at least, the adverts that result seem to have worked.

Kim Da-eun, a 24-year-old office worker in Seoul, said the only reason she drinks Terra beer - made by HinteJinro, the same company that produces Chamisul - is that South Korean actor Gong Yoo appears in the adverts for it.

"It's fun when alcohol companies have promotions for their new products and give away free posters with their main models," she said, adding with dismay that if the proposed ban comes into effect she "won't be able to joke about drinking the same shot of alcohol as Chungha any more", in reference to the 23-year-old singer who shares a name with a rice wine made by Lotte Liquor, which she also promotes.

Celebrity endorsements are not unique to South Korea's alcohol industry, either. According to research done by Kyeong Won-sik, former general manager of private research advertising organisation the CM Institute in Seoul, the 10 most advertiser-friendly celebrities in the country can appear in as many as 200 commercials each year, with one study from May 2014 showing more than half of all television commercials carrying endorsements from at least one famous face.

One reason for this is a certain collectivist mentality that tends to predominate in countries such as South Korea, China and Japan, according to Yoo Seung-chul, a media professor at Ewha Woman's University,

"Even though it costs a lot to hire celebrities for a company's ads, it's significantly more cost-effective than it would be in many other countries," he said.

"A celebrity in South Korea is able to successfully target a large part of the public due to the relatively small market and the culture of collectivism that exists within our society."

However, there is a downside to famous faces popping up everywhere from television commercials to adverts in subway stations - what Yoo described as "an overemphasis on looks" and "the commercialisation of women's sex appeal". 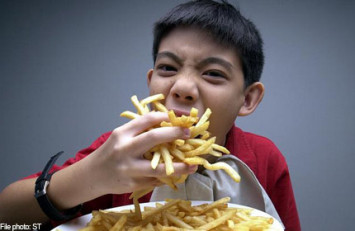 "I don't think we can ignore the fact that there is a degree of sex appeal in the use of celebrity images on products like soju bottles," he said.

The "fallout from drinking" in South Korea is certainly "serious", the country's health ministry said in a statement quoted by state-funded news agency Yonhap, but "compared to anti-smoking campaigns, efforts by the government in this field have been insufficient".

In 2019 alone, some 138.8 billion won was spent on smoking prevention in the country, according to government statistics - more than 10 times the 1.3 billion won earmarked for anti-alcohol campaigns, despite both being recognised by the World Health Organisation as Group 1 carcinogens.

This disparity is largely caused by the fact that anti-smoking campaigns are funded from taxes on tobacco products, while anti-alcohol campaigns have to rely "solely on government funds", said Kim Euk, of the health ministry. There are other societal factors that also come into play, however.

"Culturally, it's much harder to campaign against the culture of drinking, as people are used to the concept" in South Korea, said Lee, the psychiatry professor at the Catholic University of Korea.