K-pop boy band Nu’Est are to split just weeks before their 10th anniversary.

Weeks before their 10th anniversary, K-pop group Nu’Est have announced they are going their separate ways.

In a statement shared by the group’s management company, Pledis Entertainment, it was revealed that the quintet’s exclusive artist contracts with the company will expire on March 14.

Of the five members, only Baekho (Kang Dong-ho) and Minhyun (Hwang Min-hyun) will renew their contracts, while JR (Kim Jong-hyun), Aron (Aaron Kwak) and Ren (Choi Min-gi) will move on to different stages of their careers.

According to Pledis, the band will “cap off their official activities as Nu’Est of Pledis Entertainment” with a new album in March, acknowledging the band’s break up for at least the foreseeable future.

Nu’Est is the first boy band produced by Pledis Entertainment, debuting on March 15, 2012, with the single Face. Since then, they’ve had varied success, but ultimately became a phoenix-like act in the industry after members appeared on the popular Produce competition series, with Minhyun going on to participate in temporary boy band Wanna One.

“The group has been loved by many with their stylish music, performances and the way in which they write their dramatic narrative with their fearless attitude since their debut,” reads Pledis’ statement. “We would like to extend our sincere and heartfelt gratitude to JR, Aron, Baekho, Minhyun and Ren who have always put their best foot forward over the past 10 years.” 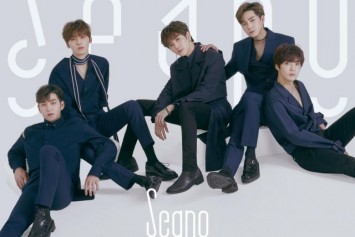 Throughout their career, Nu’Est have had multiple hits in South Korea, and most recently released their Romanticize LP in April 2021, fronted by the single Inside Out.

Along with their joint activities, Nu’Est also had two spin-off groups: Mandarin-language Nu’Est M featuring a sixth Chinese member joining the act, and the four-member Nu’Est W, while Minhyun was on hiatus in Wanna One .

Since launching Nu’Est, Pledis has become a major player in the K-pop world, and currently is a subsidiary of Hybe Entertainment. Along with Nu’Est, Pledis also currently manages boy band Seventeen and girl group Fromis 9.