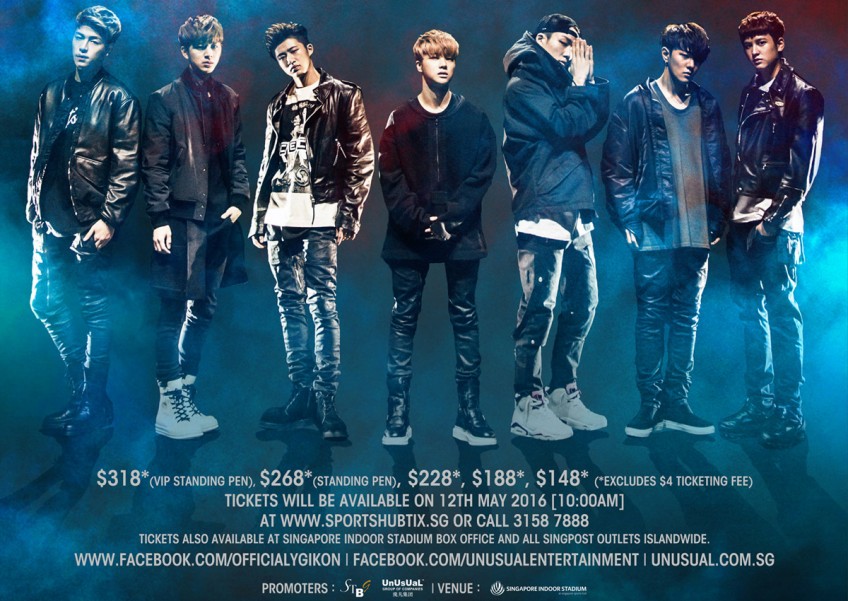 SINGAPORE - Popular K-pop group iKON will perform at the Singapore Indoor Stadium on July 24 this year.

The seven-member group which comprises of: B.I, Jinhwan, Bobby, Yunhyeong, Ju-ne, Donghyuk and Chanwoo, debuted last year and was named one of the five K-pop artistes to watch by Billboard magazine.

The group, which has also been dubbed 'Monster Rookie', have had chart-topping hits such as 'My Type', 'Dumber & Dymber', 'What's Wrong' and 'I Miss You So Bad'.

iKON is also expected to perform songs such as 'Anthem', 'Rhythm Ta' and "Climax' when they perform here.