K-pop boy band Got7 have just released a new eponymous EP. Eight years into their career, band leader Jay B said on the album’s release day: “We wanted to come back as Got7 after [our] JYP days, and thought that rebranding is needed.”

A new beginning for Got7 , this rebranding isn’t just lip service. It’s the launch of a new sort of Got7, and K-pop in general: the band’s current state of self-driven existence shows a change in the K-pop industry that’s slowly under way as artists are increasingly able to eye longevity on their own terms.

First, some background: Got7’s seven members – Jay B, Jackson, BamBam, Mark, Yugyeom, Youngjae and Jinyoung – were brought together by JYP Entertainment in 2014. All seven left the label last year, promising their fans that they hadn’t disbanded.

Since then, the members, all of whom are pursuing their own paths, have repeatedly said they are dedicated to staying together even while apart, despite being managed by different entertainment companies and with several members operating in different countries.

“We promised our fans that we won’t be going anywhere. We wanted to prove that we have not disbanded,” BamBam said on GOT7 ’s release day.

This is not the first time a K-pop group has continued after parting ways with their former label, but Got7’s situation is unprecedented: the split with JYP has seemingly been fairly amicable, with the group maintaining rights to their name and getting to continue on together.

In comparison to all the legal battles between artists and groups wanting to leave their labels, this is something new and exciting.

There was no drawn-out legal fight, as happened with earlier acts, like H.O.T., Shinhwa and T-ara.

There was no rebranding, like Beast becoming Highlight; or break-ups, like the trio JYJ splitting away from the previously five member TVXQ!

For decades, K-pop has been dominated by its music labels. Since the 1990s, when modern K-pop groups were formed, there’s been a bitter interplay between artists and their management companies. These labels are typically in control of training potential talent, debuting them, promoting them, producing them and managing them.

Everything is done by one company in most cases, with rarely more than minimal input from the talent.

The corporate elements of K-pop have resulted in those who pursue the arts often being furthest from having any control over the art they produce. This has started to change in recent years, with singer-songwriters becoming more popular in K-pop groups in the mid-2010s. Members of BTS , Seventeen and (G) I-dle are just some of the modern K-pop stars guiding much of their respective acts’ artistic visions. 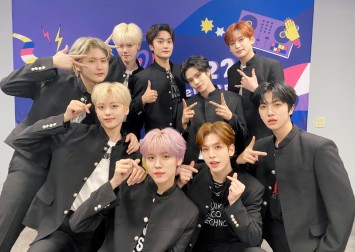 Throughout their time at JYP, Got7’s members had a handle on their musical direction – but with limitations, which the members occasionally voiced. In 2019, Jay B (then JB) said that he was unhappy with the ultimate cut of their single Eclipse, disagreeing with JYP’s direction. Now they can decide things on their own, and all the tracks on Got7 were produced by the members.

Got7 and JYP’s publicly amicable split is the latest in a slew of shifts in the K-pop industry over the past two years. Infinite’s members, for instance, have mostly all left founding label Woollim Entertainment, but are still performing together (still no album, though!)

In a big piece of recent news – and a sign perhaps that JYP isn’t the only flexible K-pop label – Girls’ Generation are set to release an album together for their 15th anniversary in August, even though three of the eight active members are no longer tied to the group’s long-time label SM Entertainment.

Although SM is still involved, there’s acknowledgement that the women are no longer wholly indebted to the entertainment giant. Member Choi Soo-young, one of the three no longer under SM, made headlines in South Korea for wearing a hat that declared “I don’t work here” outside the company’s building.

In this new era, K-pop acts are taking ownership of their own identities after parting ways with the labels that formed them.

In an industry that formerly saw groups often coming to an end due to the “seven-year curse” – the length of an average K-pop contract – maybe that curse is finally broken.