Ian Wan with some of his Paula Tsui albums.

Ian Wan Tsz Ho was 15 and in his school uniform when he sat enthralled at the Hong Kong Coliseum in 2016, watching a concert by Canto-pop legend Paula Tsui Siu Fung.

The singer was 67 at the time, and the thousands of people in the audience singing along to her hits were mostly in their 50s and 60s.

“Those grannies kept looking at me and some even asked if I was forced to go there,” recalled Wan, now 21 and a university student.

In fact, he was a big fan too. He was drawn to Canto-pop classics from watching reruns of old Cantonese television dramas that aired late at night.

“I first listened to drama theme songs sung by Liza Wang Ming Chun. But one time, I heard Paula Tsui’s classic song Season of The Wind, and I started to be interested in her,” he said.

So when her concert came up, he wanted to go. “I asked my family to buy me a ticket but they said it would be weird if I went alone.”

He begged a schoolmate to accompany him, and his parents bought the boys two tickets.

A check by the Post showed that there are more than 50 Instagram fan pages of old Canto-pop singers run by young fans born in the 1990s or 2000s.

Lau was 17 when she watched the film Rouge, starring Mui, and discovered the singer.

But the moment she turned into a devoted fan was when she saw a defaced poster of the diva.

“I remember there was an exhibition organised by Anita Mui’s fan club at the Avenue of Stars,” she said. “I walked past one day and saw that someone had signed their name on her face. I don’t know why, but it angered me. How could they do that to her?”

She contacted the club, run mainly by long-time fans, and asked them to do something. “I joined them to fix the poster, and that was when I got to know more of her fans, most of whom were older than me,” she said.

In 2018, a year after joining the fan club, she started her Anita Mui Instagram account. “I thought I could not be the only one who is young but loved Anita Mui, there must be others like me,” she said.

She was right. Her account now has more than 7,000 followers, mostly young people, including Wan.

Last year’s movie Anita, telling the story of the star from childhood to her early death from cancer and featuring her songs, also sparked interest among younger people.

In 2019, Lau organised a karaoke gathering for young fans of the old songs by famous stars, including those long gone.

“I booked a party room and we sang old Canto-pop songs together,” she said.

“When we tell our friends we like these old singers, their reactions would always be, aren’t they already dead? Why are you listening to songs by someone who is dead?” Wan said.

Lau and Wan believe they have a responsibility to keep the memory of the old singers and their songs alive.

“I feel like we must do something for them. It is our mission to inherit their spirits by letting more people know about them,” Lau said.

Last month, a group of younger fans organised an exhibition about old Canto-pop at a bookstore in Yau Ma Tei. They paid to set it up themselves and entry was free.

It showcased more than 80 items including posters, vinyl records and cassette tapes, all from the collections of the 17 organisers, the youngest aged only 15.

University student Jordan Choi, 20, who put his collection of vinyl records on display, said: “I started collecting vinyl records when I was in Form Four. I had to save my pocket money for a week to buy a HK$300 record.” He has more than 400 records now. 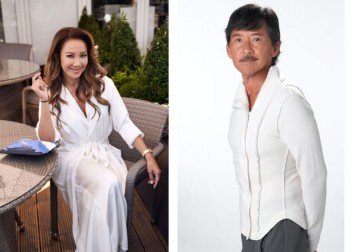 Another exhibitor, student Heidi Yu, 19, was a K-pop fan before she discovered Mui and said the singer was now irreplaceable in her heart.

“Maybe because Anita Mui was born and raised in Hong Kong makes me feel much closer to her,” she said.

Lau said the organisers were pleased that people from different generations came to the exhibition, including quite a lot of youngsters, some dressed in their school uniforms.

“People might not love listening to old songs after coming to our exhibition. That’s fine, but at least they get to know these legendary Canto-pop singers and understand their songs are not something to be forgotten,” she said.

Wan was surprised when a secondary school student who came to the exhibition told him he was a fan of Paula Tsui, now 73.

“I was over the moon as it was the first time I’d met someone younger than me who also loved Tsui. He asked me to tell him more stories about her,” he said.

Wan said Canto-pop was part of Hong Kong’s culture and he hoped more young people would take an interest and help to preserve it.

“When these old cultures start to vanish, we suddenly realise we are losing our culture bit by bit. If we do nothing, that tiny bit of what remains will also disappear,” he said.