K-pop star Chungha is currently isolating after her positive Covid-19 result and those around her have undergone testing.

All of the artists, including Chungha, are isolating and those around them have undergone testing, but the infections have sparked fears of a coronavirus cluster within the K-pop industry.

Later on Monday, JYP Entertainment announced that girl group Twice were undergoing testing as member Sana had been in contact with Chung-ha. As of publication time, no test results had been reported.

Twice attended Sunday night’s Mnet Asian Music Awards (Mama) ceremony, sparking fears of an outbreak linked to the event. Girl group Iz*One were the first other Mama attendee to announce they would get tested and cancelled scheduled events promoting their new single and album, set to arrive today at 5pm Hong Kong time.

South Korea is currently in the middle of its worst coronavirus wave to date, with the country seeing its most cases of Covid-19 since the outbreak started.

Although the K-pop industry has soldiered on throughout 2020, with performances held without live audiences and inter-industry outbreaks largely avoided, concerns about the virus are starting to affect the Seoul-based music world.

On Sunday night, this year’s Mama made masks mandatory on stage and rumours circulated that stars and staff weren’t waiting backstage but in cars or outside the venue. 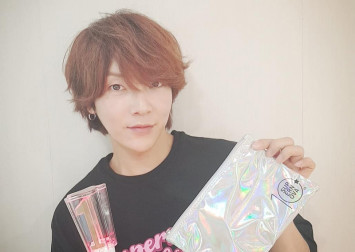 Other changes are rapidly taking place across the industry. Along with Mama’s mask precautions, BTS’ label Big Hit Entertainment has announced that its New Year’s Eve concert will no longer aim to have both a live and online audience, but go wholly online. BTS, GFriend, Tomorrow X Together, Nu’Est, Enhypen and other artists are set to perform.

Many other artists, including soloists Gummy, Baek Ji-young and Solji of Exid, have cancelled upcoming concerts. December is traditionally concert season in South Korea, with many artists hosting holiday and New Year’s Eve concerts.

Chungha is due to release her first full-length album Querencia on Jan 4, but it is now unknown whether she will have to change her promotional schedule for the release.