South Korean company SM Entertainment has shot down fan concerns over a video that appears to show Winter, a member of K-pop girl group Aespa, being photographed inappropriately without her knowledge by a staff member on the set of a photo shoot.

The video, uploaded on March 10 to Aespa’s YouTube channel, featured a behind-the-scenes look at the band’s recent Dazed magazine photo shoot as brand ambassadors for Givenchy.

In it, a male on the set of the shoot can be seen behind two members of the group, and appears to lower his phone behind them as he walks past. Fans believed the footage showed him taking an upskirt photo of singer Winter (Kim Min-jeong) and this week began spreading it across social media.

According to a statement issued late on Wednesday by SM Entertainment, the man is the photographer in charge of the photo shoot and SM confirmed with him that he did nothing wrong and that Winter doesn’t believe there was anything upsetting or untoward on the set of the shoot.

The shooting of sexually suggestive photographs and videos of women without their knowledge is a major issue in South Korea, and K-pop stars are no exception. 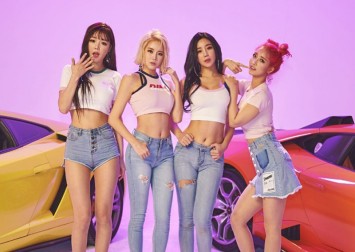 Often photos of them are taken without their permission by people around them, and this has spurred a heightened awareness of the problem among fans.

A feature of the group is that each member has a digital avatar, which prompted concerns about digital manipulation of the images of the young women who make up the group.