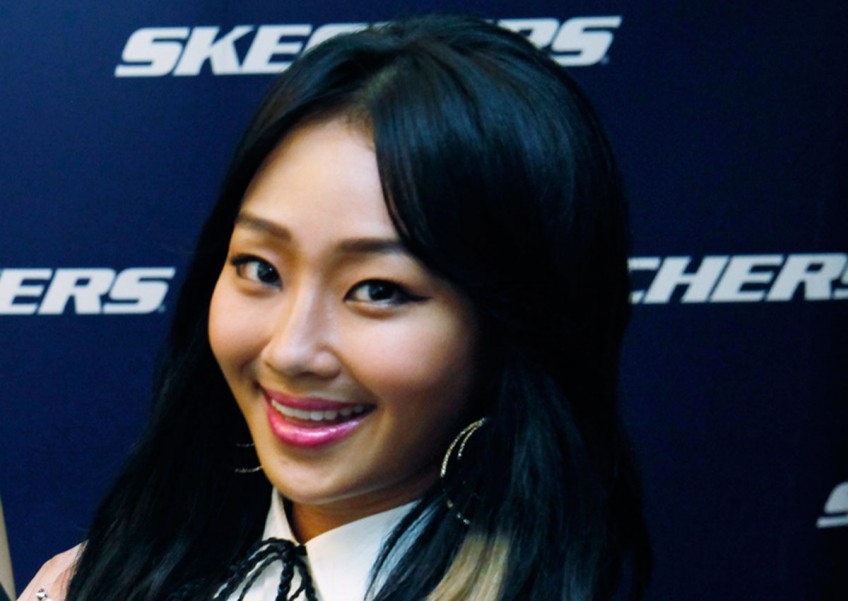 HYOLYN: The leader of girl group Sistar is known for her powerhouse vocals.
The Straits Times

SEOUL - A number of K-pop idol singers have been under the spotlight for their outstanding vocal skills. This is due to a slew of TV singing programmes and the release of many solo albums.

Notably, MBC's variety show, King Of Mask Singer, has changed people's perception of idol singers in a positive way. With their identites hidden under a mask, the singers in the show can be evaluated only for their singing, and not for their looks or popularity.

Korean media outlet News-Ade conducted a survey of 40 anonymous officials in the music industry to find out who they thought were the top five talented idol vocalists:

Taeyeon is the main vocalist of Girls' Generation. She recently put out her first solo album with the lead track, I, which topped many online music charts after its release. The music video is also going viral, raking in more than 12 million views on YouTube.

She also proved her talent by singing on many TV drama soundtracks, with songs such as If and Can You Hear Me.

Sistar's main vocalist Hyolyn has been acknowledged for not only her sexy dance moves but also her powerful and appealing vocals. The 25-year-old appeared on the second season of MBC's singing competition programme I Am A Singer featuring popular artists.

Junsu has actively pushed his musical career ahead, by releasing a series of solo albums since 2012. His talent has been best recognised in musicals including, Death Note and Elizabeth. The singer is gearing up to return to the music scene by releasing a new EP today.

As the main vocalist in five-member boy group SHINee, Jonghyun put out a great number of tracks he composed for the group, proving his abilities as a composer and a lyricist. He dropped his first EP titled Base this year, with all tracks reflecting his unique musicality.

Jeong Eun Ji has shown her vocal abilities not only as the main vocalist of Apink but also in an array of TV programmes including King Of Mask Singer, in which she was under the monicker "Mom Hates UV Rays".

Although the 23-year-old only made it to the semi-finals, the show's panellists and audience members were startled by her singing skills, and were unable to guess her identity before she took off her mask.

She also starred in KBS' drama Trot Lovers and tvN's Reply 1997, proving she had acting potential too.