For the first time in eight years, K-pop's biggest awards show will not be staged in Hong Kong due to the city's ongoing protests and instead take place solely in Nagoya, even as South Korea and Japan are engaged in their most bitter diplomatic row in recent history.

CJ Entertainment and Merchandising (CJ ENM), the organiser behind the Mnet Asian Music Awards (MAMA), announced it would hold the event on December 4 at the Nagoya Dome, a stadium that seats an audience of up to 30,000.

The event has been held in Hong Kong since 2012, and in the past two years also had multi-city shows in Vietnam, Japan and South Korea. But this year, only one event will take place in Japan.

Korean news agency Yonhap, in reporting the event date, suggested the organiser was giving Hong Kong a miss because of the city's increasingly violent protests, which are entering their 16th week.

But CJ ENM in its statement only addressed the Japan-South Korea trade row and said: "The consensus was that civil and cultural exchange should be separated from political issues and they should continue."

Several event organisers have skipped out on Hong Kong and cancelled events or taken them elsewhere as thousands continue to take to the streets to protest against the government.

MAMA 2018 concludes in Hong Kong with BTS the big winner

The movement was a reaction to an extradition bill that would allow the city to send suspects to jurisdictions it did not have an extradition arrangement with, including mainland China. With the bill now scrapped, those at the helm of the movement have demanded amnesty for those arrested, an independent probe into police use of force, and universal suffrage.

In recent weeks, entertainers including K-pop star Daniel Kang, indie band Chvrches and Trevor Noah - the host of US programme The Daily Show - have all cancelled events, citing reasons such as "safety concerns" and "unforeseen circumstances".

MAMA, one of K-pop's most popular events, last year saw groups such as BTS, Wanna One, Twice, and Monsta-X take to the stage to pick up awards and perform for audiences who shelled out between HK$888 (S$156) and HK$2,488 per seat.

Observers said CJ ENM's decision to move MAMA away from Hong Kong showed that the costs stemming from potential disruptions and safety issues were more concerning than the bilateral row between Tokyo and Seoul.

Michael Hurt, a Korean pop culture expert and business professor at the University of Seoul, said the industry had learned hard lessons in 2016, when Seoul's move to install the Terminal High Altitude Area Defence (THAAD) anti-ballistic missile system resulted in China unofficially banning its citizens from buying Korean cultural products and travelling to the nation.

"Ultimately, the K-pop industry is concerned with protecting their bottom line, and not with making political points," Hurt said. 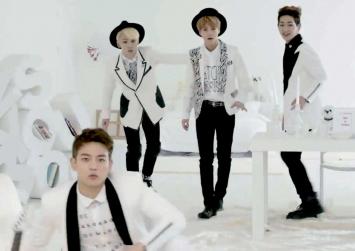 Others, including former US diplomat and Korea specialist Mintaro Oba, said the choice to host the event in Japan and defy the trade row represents a purely pragmatic decision.

Jenna Gibson, a PhD candidate in international relations at the University of Chicago who focuses on the Koreas, said while the diplomatic and trade crisis has become a thorny issue for many businesses caught between the two nations, K-pop is one of the few that can withstand such conflict.

"Cultural industries and events are certainly not immune, but generally K-pop has been able to push through and continue to hold events despite Japan and Korea's diplomatic issues," she said, citing the continued popularity of groups like BTS as well as the series of concerts they held in Japan in July.

Meanwhile, some Hong Kong K-pop fans were crestfallen to learn that MAMA would not be held in their city.

Instagram user and Hongkonger antielab_kr, who posts about the protests on her account, said she understood CJ ENM's decision, even as she felt the news would be "disappointing, if not unacceptable" to some ardent fans.

She added the political instability could be like a "bomb thrown into the plans of whoever comes to Hong Kong", and that the safety of K-pop idols was more important.

On the other hand, the change in venue may come as welcome news to some Japanese K-pop fans, who have continued to support their idols despite the deterioration in ties between Seoul and Tokyo.

In Shin-Okubo, a suburb in Tokyo nicknamed "Little Seoul", business is still brisk at Korean-themed stores selling the latest hits from megastars such as BTS or Wanna One, the AFP reported recently. 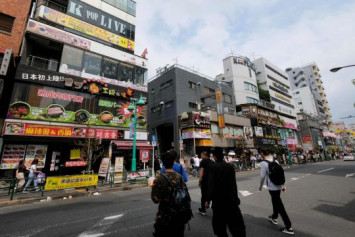 "I love everything: K-pop, the food, the clothes," Anna Kaneko, a 19-year-old student, said. "I would also like the two countries to make up."

The trade dispute between the East Asian neighbours was sparked earlier this year over long-standing differences regarding Japan's occupation of the Korean peninsula, during which many Koreans were forced to become war labourers and sex slaves.

Japan in July curbed the export of hi-tech products to South Korea and axed the country from its list of preferred trade partners.

South Korea retaliated by boycotting Japanese goods and also removed Japan from its trade white list. Last month, Seoul exited the General Security of Military Information Agreement, an intelligence-sharing pact it has held with Tokyo since 2016.

The tit-for-tat row has hurt businesses on both sides. Korean tourist arrivals to Japan fell by 7.6 per cent to 561,700 in July - the lowest in almost a year. Sales for popular Japanese beer brands, including Asahi, Kirin and Sapporo, plummeted more than 97 per cent in South Korea in August.