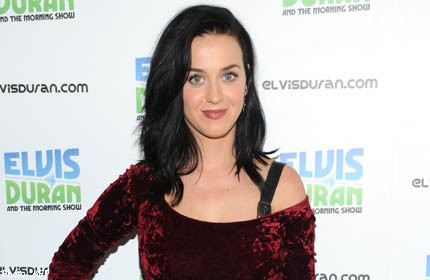 SYDNEY - US pop star Katy Perry on Thursday took Tony Abbott to task over his stance on gay marriage, telling the Australian opposition leader she would not vote for him.

Abbott's three daughters, aged 20 to 24, are Perry fans and he phoned in when she was a guest on Sydney's 2DayFM radio station.

He said his "big question" was when would the 28-year-old again tour Australia.

"When are you coming back (to Australia)? We need you, we want you," Abbott said.

Perry, however, was keener to discuss the policies of his conservative coalition ahead of elections on September 7.

"Oh come on, that's not a political question. Let's talk about gay marriage," she replied from the United States, urging voters to speak out against Abbott's stance on the issue.

"I love you as a human being but I can't give you my vote," Perry said, adding: "I just don't believe in your policies so that's what a lot of people should be doing."

Despite having an openly gay sister, Abbott is opposed to same-sex marriages, in contrast to election rival Prime Minister Kevin Rudd, who has vowed to introduce a bill legalising the unions if returned to office.

Questioned later by reporters about Perry, Abbott, seen as favourite to win the election, said they "respectfully disagreed", although they did agree to meet for lunch when Perry heads to Australia next year.

"I respectfully disagree with a number of people, including my own sister, on this subject, but no doubt we'll all continue to say our piece," he said, adding of his chat with the singer: "My daughters for once were envious of their dad."

While leading in opinion polls, Abbott's campaign has been littered with gaffes this week, including on gay marriage Tuesday when he said: "I'm not someone who wants to see radical change based on the fashion of the moment."

He later back-pedalled, saying it was a "very significant issue" among many in his party.

Perry is best known for hit songs such as "Teenage Dream," California Gurls," and "I Kissed a Girl."

Abbott said her catchy hit "Hot n Cold" would make a good election anthem for his party, but Perry was not so sure.

"I don't know, I don't know if that's the best song we can pick for a politician," she said of a song that begins with the lyrics: "You change your mind like a girl changes clothes".