Katy Perry ready to end bad blood with Taylor Swift, gets no response 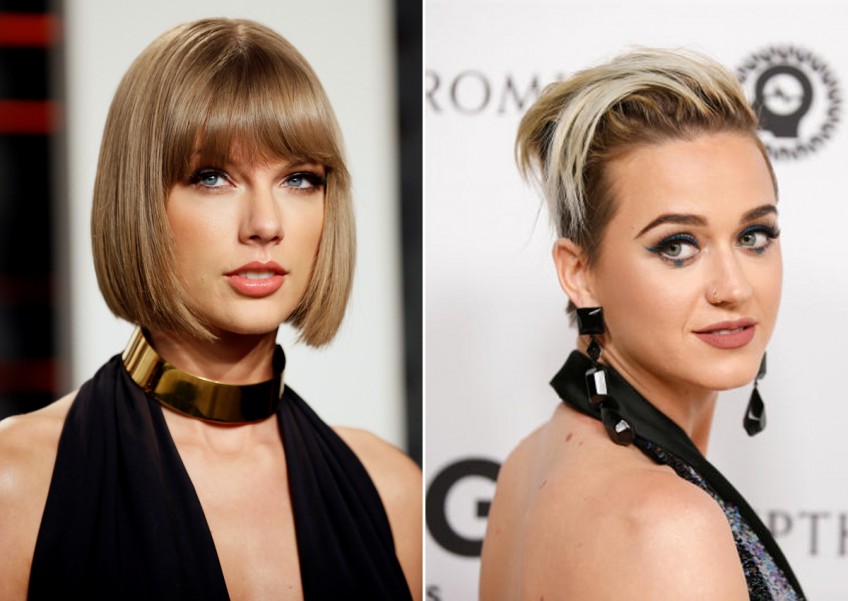 LOS ANGELES - Katy Perry is ready to bury the hatchet on her long-running feud with pop rival Taylor Swift, calling her a "fantastic songwriter" and saying she thinks both can be examples of strong women in the music industry.

But Swift, 27, had yet to respond to the olive branch on Sunday and end the bad blood between two of pop music's biggest female singers.

"I am ready to let it go," Perry said in a global podcast on Saturday to promote her new album "Witness."

"I forgive her (Swift) and I'm sorry for anything I ever did, and I hope the same from her. I love her, and I want the best for her. And I think she's a fantastic songwriter," Perry, 32, added.

The feud, which started as a dispute over back up dancers, has dominated the personal and professional lives of the two singers for more than three years and played out in their songs.

Swift on Friday released her back catalog to streaming services, after eschewing most such platforms for three years, on the same day that Perry released her new album "Witness" in what was widely seen as a bid to steal Perry's thunder.

Swift's 2014 single "Bad Blood" was believed to be directed at Perry. Perry described her new single, "Swish Swish,"released last month, as "a great anthem for people to use whenever somebody's trying to hold you down or bully you."

In her Saturday podcast, Perry said she hoped both she and Swift "can be representatives of strong women that come together despite their differences."

"I just really truly want to come together in a place of love and forgiveness and understanding and compassion," Perry said.

Swift, who has not released an album since 2014's best-selling "1989" and has adopted a low public profile in recent months, stayed silent on her social media accounts at the weekend.