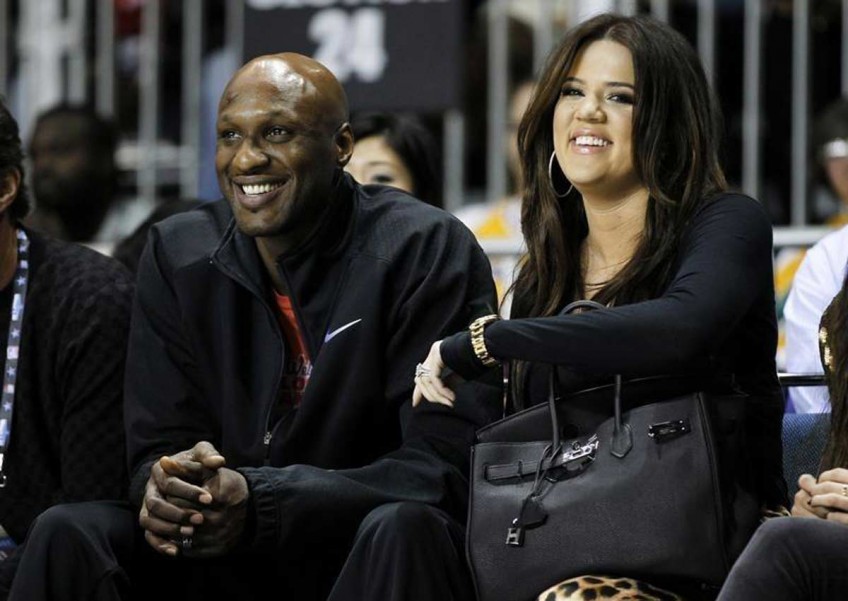 LOS ANGELES - Khloe Kardashian and her basketball player husband, Lamar Odom, called off their divorce on Wednesday a week after the athlete collapsed and fell into a coma in Las Vegas, celebrity media reported.

Website TMZ.com, People magazine and E!, which broadcasts reality show "Keeping Up With the Kardashians," said Khloe Kardashian's attorney asked a Los Angeles judge on Wednesday to withdraw the divorce petition that both sides had signed earlier this year and that was awaiting final approval.

Lawyers for the couple did not immediately return calls for comment.

Kardashian, 31, and Odom, 35, split up in 2013 after a four-year marriage, but the reality TV star has been a constant presence at Odom's side since he was rushed to hospital after being found unconscious at a brothel in Nevada last week.

"This is a very delicate and difficult time for both Lamar and Khloe, and the most sensible thing to do at such a time is not make any big moves and put everything on hold," an unidentified source told People magazine. "So that's what she is doing."

Kardashian said on her website on Tuesday that Odom was making "incredible strides" in his recovery, and thanked friends and hospital staff for their support and care during what she called "an incredibly difficult" week.

Last week, Odom's prognosis looked grim after several days on life support and in a coma following a reported series of strokes during a stay at a Las Vegas brothel where authorities said he used cocaine and an herbal Viagra supplement.

He was transferred on Monday by helicopter from Las Vegas to a hospital in Los Angeles.

[[nid:230030]]
SUBSCRIBE TO OUR NEWSLETTER
Your daily good stuff - AsiaOne stories delivered straight to your inbox