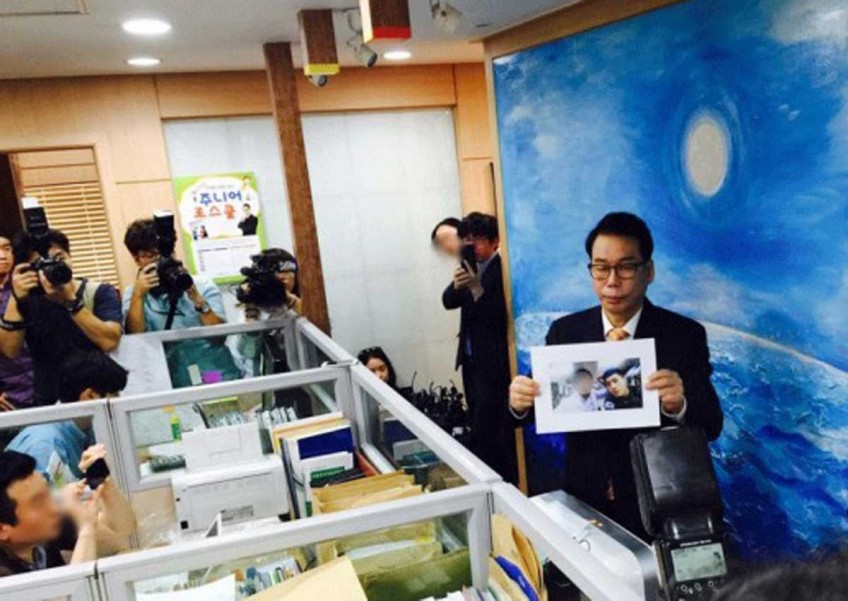 Lawyer Lee Jae-man holds up a photo of Kim Hyun-joong with DNA analyst from Human Pass.
The Korea Herald/ANN

Singer and actor Kim Hyun-joong on Thursday said he will take full responsibility for the newborn baby born to his ex-girlfriend if the paternity test shows he is the father, putting a fresh spin on the dragged-out legal dispute between the former couple.

Kim, who began his mandatory military service in mid-May this year, expressed his intention to uphold his personal responsibility through his lawyer.

"The only thing I can say right now is that I will take full legal responsibility," Kim said in the letter read by his legal representative Lee Jae-man at a news conference in Seoul.

Lawyer Lee said Kim has already taken the paternity test in the army, while his ex-girlfriend surnamed Choi has been asked to have her child tested to confirm the biological relationship.

If the test proves positive, Kim is willing to exercise custody rights for the baby, so long as Choi agrees, Lee told reporters.

Regardless of the paternity test, Kim does not have any intention to strike a compromise with Choi over the ongoing legal dispute, the lawyer said.

The legal dispute traces back to August 2014 when Choi filed domestic violence charges against him claiming he assaulted her, leading to a fractured rib. Kim's lawyer later confirmed the actor paid 600 million won ($719,000) to her in a settlement and she had dropped the charges.

Early this year, there were rumours that Choi was pregnant with Kim's child, but she could not be contacted.

In April, Choi filed another suit against Kim seeking damages for her psychological suffering.