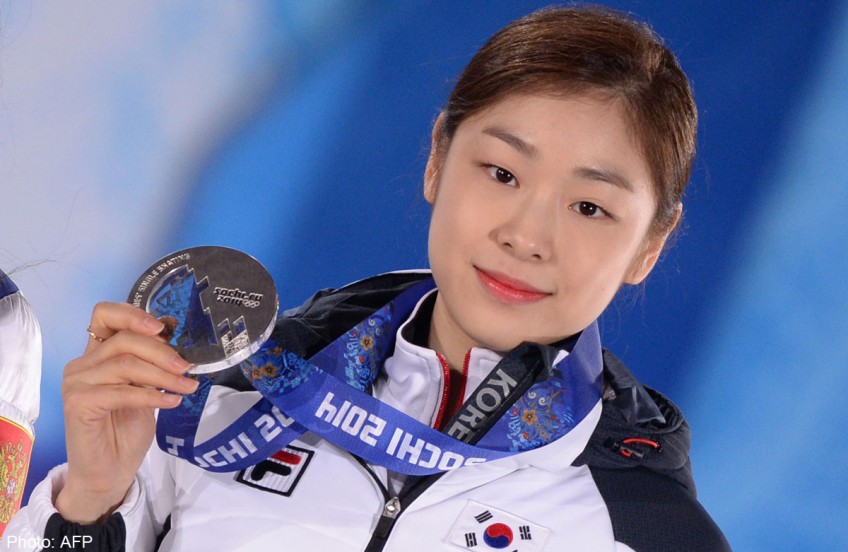 SEOUL - All That Sports, the agency for South Korean figure skater Kim Yu-na, has confirmed on Thursday that the skating star is dating ice hockey player Kim Won-joong.

The Olympic champion's agency admitted the two are an item in response to earlier news reports about the relationship.

"Regarding Kim Yu-na's dating news reports, most of them are true. She is currently dating Kim Won-joong," the agency said.

Earlier in the day, entertainment news website Dispatch released several photos showing the two taking a walk at night with Kim's arm around his waist.

The two sports figures reportedly first met in 2012 at the Taeneung training center, where Korean national athletes train, and went on dates in secret about twice a month outside the training center.

When the Olympic gold medalist suffered from pressure and stress while preparing for the Sochi Olympics, Kim Won-joong was there to support her, according to local news outlets.

The surprising news came as the figure skating "queen" is still at the center of attention after she lost the gold to Russian figure skater Adelina Sotnikova despite her faultless performance at the recently ended Sochi Winter Games. She won silver at the Sochi event and gold at the Vancouver Olympics in 2010.

Meanwhile, her boyfriend, six years her senior, is a forward for the military club Daemyung Sangmu in the Asia League Ice Hockey. He is said to be a key player on the national ice hockey team and to have led the team to victory at the 2013 Korea Ice Hockey Championship.