"The series of events are all my fault...I bow my head in apology for anyone who has been hurt because of me," he said.

Stage actress Uhm Ji-young and others have recently accused Oh of sexual attacks in the 1990s.

"I wanted to verify (the allegations) and talk to them. I was frustrated. I was wrong to not have clarified how I felt, just denying it," he said. 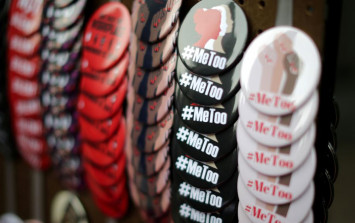 After the allegations had surfaced and Oh publicly denied them on Monday. Uhm Ji-young appeared on JTBC News Room on Tuesday evening to disclose the details concerning her accusation. She was performing in a play in the early 2000s, when Oh came to see it.

After Uhm asked Oh for advice, Oh supposedly took her to a motel. She said that he tried to undress her and in the process, put his hands on her body.

"I'm in a teaching position now. ... I didn't want these kids to experience the things that I went through in their acting career. That is why I revealed my real name. I felt like if I didn't, it would all amount to nothing," she said.

In Korea, it is rare for victims of sexual violence to reveal their identities, due to fears of prejudice and stigmatization. The actress who accused famed director Kim Ki-duk for assault and coercing her into a sex scene last year also wished to remain anonymous.