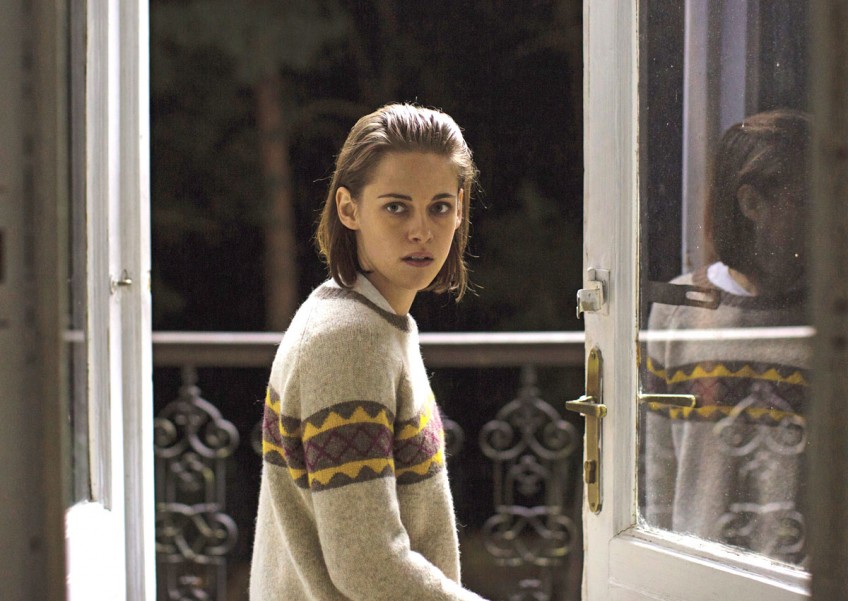 Opening here tomorrow, it centres on Maureen (Stewart), a lonely personal shopper who starts to communicate with ghosts, like her dead twin brother.

The 26-year-old US actress talks about the physical and mental challenges she faced on set and while filming in Paris two days before the terrorist attacks on Nov 13, 2015.

You filmed in Paris with the crew of Personal Shopper 48 hours before the Nov 13 attacks. It's hard not to think of that while watching the film, which seems to be charged with a tension and anxiety specific to our time.

When I see the film, I tell myself that we're all in our own world, completely absorbed by things that concern us, and us alone.

Maureen is so consumed by her obsessions that she pays almost no attention to the people and things around her. She isn't really in Paris or anywhere for that matter.

It hurts when I watch the film, which portrays a character running around Paris - a city that's about to be terribly wounded - without ever experiencing even the slightest pleasure.

The day after Nov 13, we had to start a new day of shooting, but it was nearly impossible to work. Everything seemed so fake.

What was the most difficult aspect of working on Personal Shopper?

I play a young woman who is lonely, completely isolated and sad. It was exhausting to be in that character all the time.

Even when I was in a scene with other actors, I could never really be with them. It was as if they were all ghosts.

I didn't consider myself to be a finite person. There couldn't be the slightest interaction between me and them because I didn't really feel like I existed. That plunged me into a painful state.

Thankfully, I was surrounded by people I love and never felt alone. I was lucky. If the atmosphere on set hadn't been as positive or friendly, I would have been devastated and probably collapsed on the floor.

In the film, I never stop rushing from one place to another. I lost a lot of weight during the shoot. It was exhausting.

How did you prepare for the role? And how important is the physical appearance of your characters for you?

Absolutely important. I wanted people to feel like Maureen was a twin looking for the symbiosis she lost when her brother died. So I imagined her to have a simple, almost androgynous look.

Her appearance also reflects her love-hate relationship with the fashion world. Therefore, the choice of clothing was important...

Olivier wanted to shoot earlier in the year so I could follow up with the Woody Allen film (Cafe Society), where I play a young, charming, feminine and joyful girl.

I felt incapable of doing both films in that order. I knew that - after everything I'd gone through for Personal Shopper - I'd be ravaged and none too pretty by the end of the shoot.

One gets the feeling that in you, Assayas has not only found an actress but also the ideal person to embody the kind of modern young woman he has always wanted to portray in his films. Can you say the same for him? That he's the director you've always been looking for?

Yes, hands down. We've both worked with a lot of people. But we share a non-verbal form of communication that is perfect in our profession.

We don't talk a lot, but we understand each other and share many of the same interests, as well as a similar type of curiosity. It's a lot of fun to work with him.